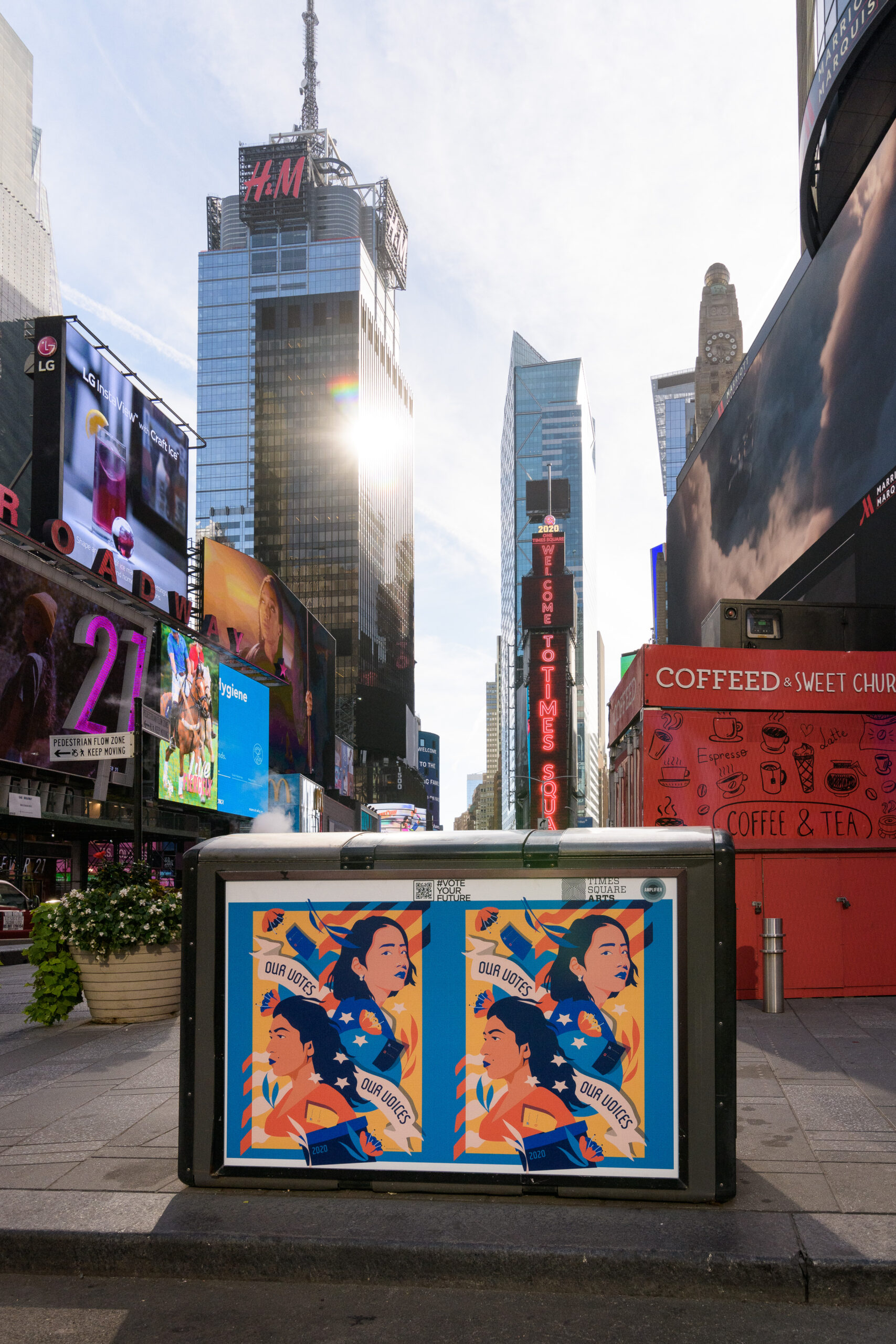 Now on view in Times Square and throughout New York on F.Y.eye screens in the city’s settlement houses, senior centers, food pantries, and health clinics, the Vote Your Future artworks feature QR codes for vote.org, where they can look up polling locations, find resources to request absentee ballots and vote by mail, volunteer to be a poll worker, fill out a 2020 census questionnaire, and access additional information about getting involved in the electoral process. For parties interested in bringing the campaign to their own neighborhood, Vote Your Future artworks can be downloaded for free at www.amplifier.org.

“We want to remind everyone, through this powerful artwork series, that we each hold the power to reimagine the country we want to live in. One that works for everyone. If your vote held no power, no one would try to silence you,” said Amplifier Executive Director Cleo Barnett.

“Times Square persists as a central space of activism in the city, a megaphone for creative expression and calls to action, and in that same spirit we hope that this campaign empowers the hundreds of thousands of people passing through the district daily to cast their vote this November, and uplift others to do the same – as in this moment the very core of our democracy is at the ballot,” said Times Square Arts Director Jean Cooney.

Even during the pandemic, Times Square has seen between 30,000 and 100,000 visitors daily, and continues to serve as a site of protest, parades, vigils, and meditations. Vote Your Future activates Times Square as a platform for voter turnout and carries on the district’s long history as a space for free and creative expression — and a place to broadcast your voice to not just the neighborhood, but the world.