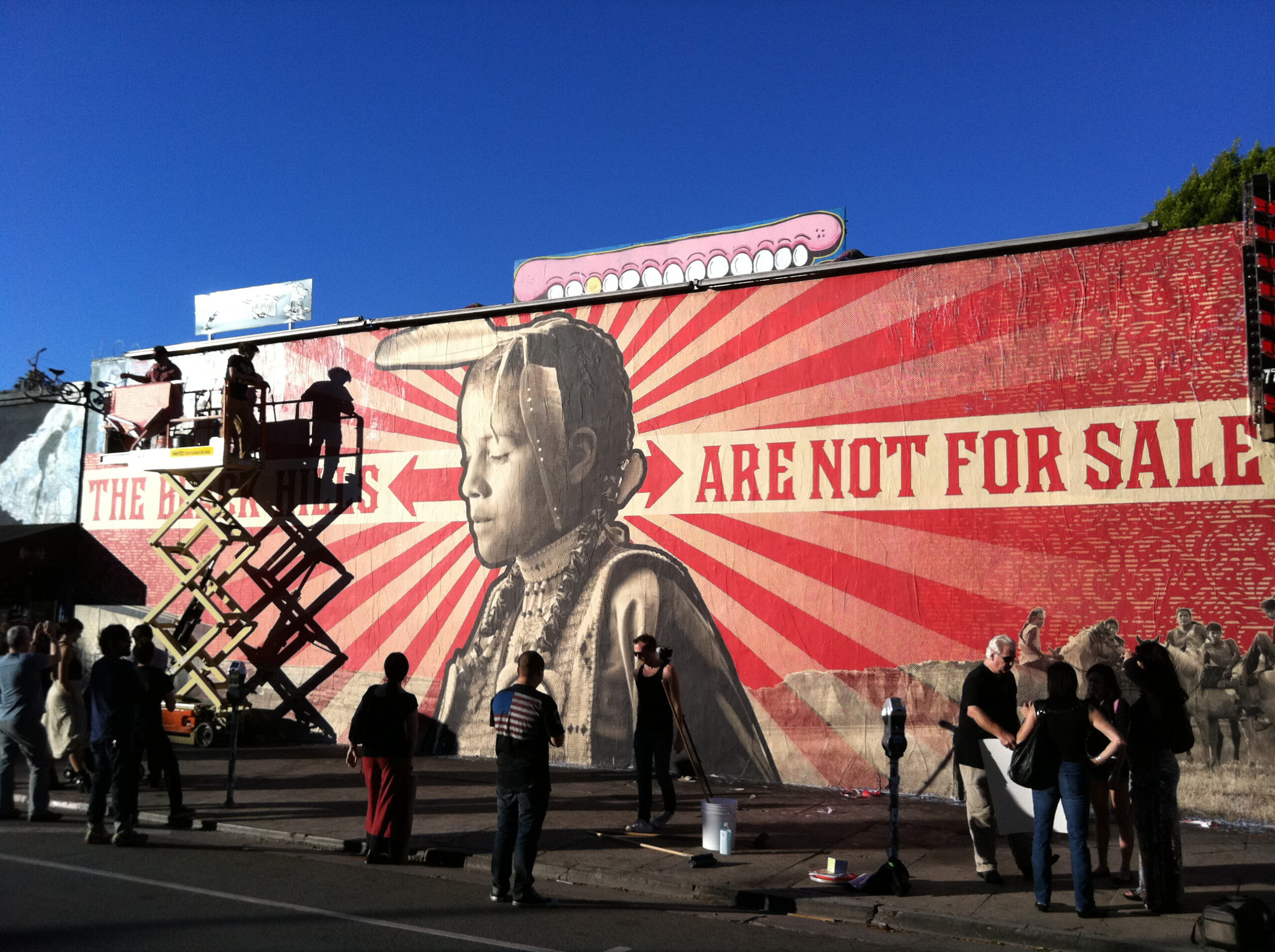 Indigenous communities are fighting their most important battles in recent history – battles to protect the integrity of their land, water, and traditions. Long held treaties are at the heart of these battles.

Article VI, clause 2 of the US Constitution, also known as the supremacy clause, lists these treaties as the “supreme law of the land.” These legally binding contracts contained promises that recognized tribes’ right to live self-governed and undisturbed on their own land, with the ability to hunt, fish, and gather natural resources. They also stipulated having access to healthcare, education, and in some cases reparations as financial payments for lands previously sold to the government. These treaties, on a daily basis, are being violated.

In 1980, the longest running court case in U.S. history, United States v. Sioux Nation of Indians, was ruled upon by the U.S. Supreme Court. The court determined that, when the Sioux were resettled onto reservations and seven million acres of their land were opened up to prospectors, the terms of the 1868 Fort Laramie Treaty had been violated. The Supreme Court stated that the Black Hills were illegally taken and that the initial offering price – plus interest – should be paid to the Sioux nation. In retaliation to the inequitable financial proposal given by the court, the Sioux refused the money with the rallying cry, “The Black Hills are not for sale!”

The Pine Ridge Reservation in South Dakota is a study in land loss and treaty violations, and represents the struggles of many Indigenous peoples throughout American history. Battles over land, access to water, hunting and fishing rights, healthcare, education, and religious freedoms are being fought right now. From Idle No More’s growing movement in Canada to the road blockades attempting to stop the KXL pipeline from crossing tribal lands, the treaty struggles in all their forms are very much alive today.

We believe art can play a powerful role in activism.

Honor the Treaties is a project made in collaboration with dozens of leaders from treaty rights organizations in Indian Country. Honor the Treaties was the predecessor to Amplifier and ran from 2010 to 2015 as a campaign dedicated to amplifying the voices of Indigenous communities through art and social advocacy. It funded collaborations between Native artists and Native advocacy groups so that their messages can captivate the eyes and ears of a larger audience.

Art has the ability to wake people up – through collective expression we can evoke emotion, tell stories, inspire, and motivate. Channeled as a vehicle for social issues, art can become a catalyst for meaningful change.

You can help by supporting these artists and movements. You can wear their message on a shirt, print a sign or paste their stickers around your community. If you are a business owner who owns commercial space you can donate a wall to one of these artists and play a pivotal role in increasing their message’s visibility. 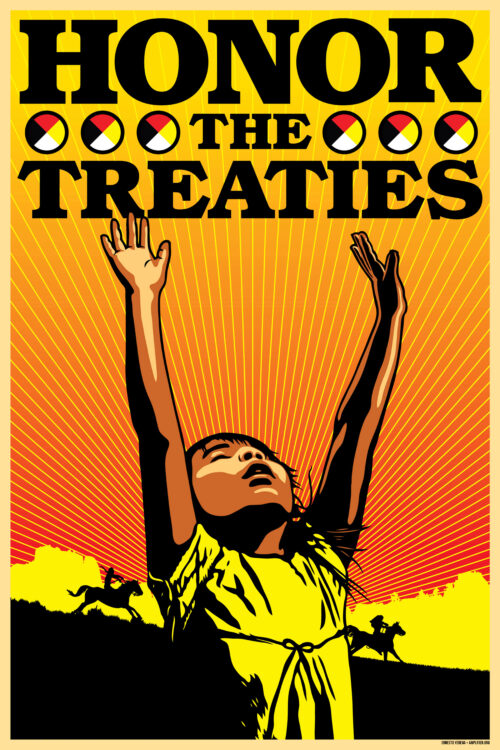 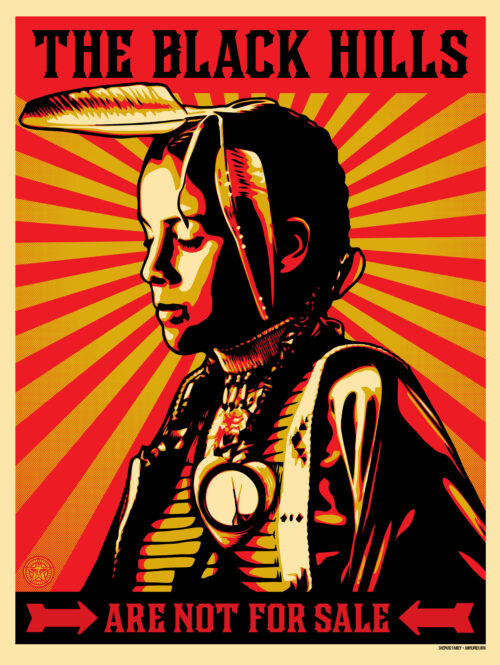 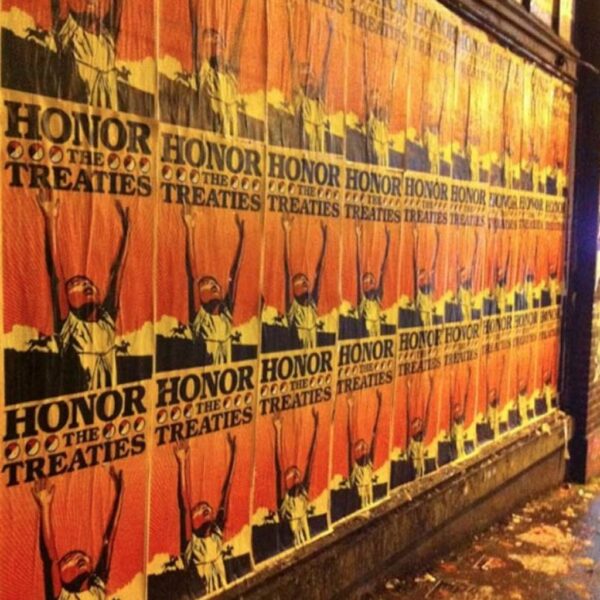 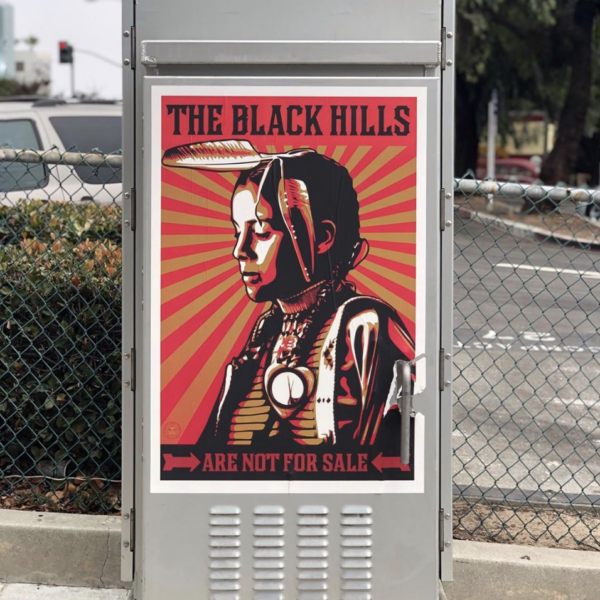 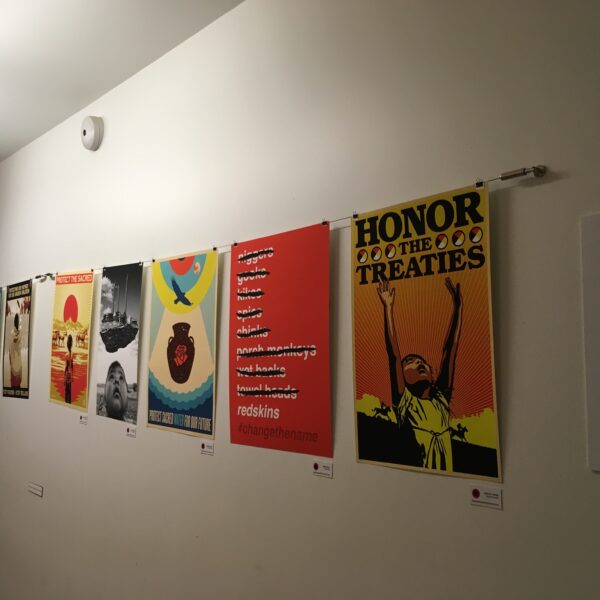 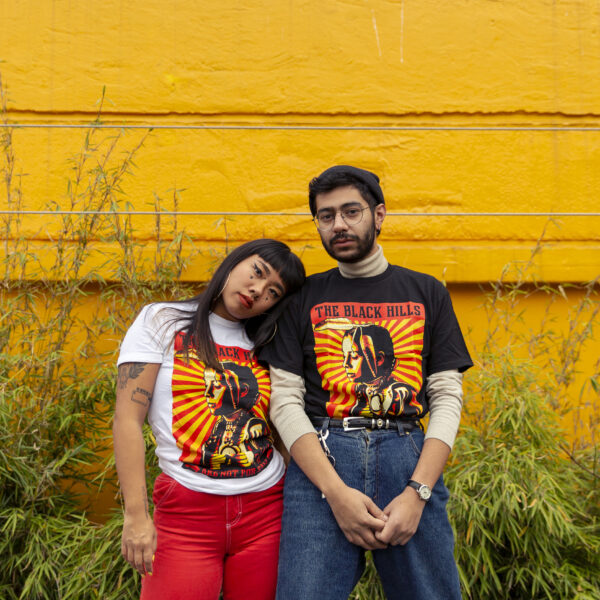 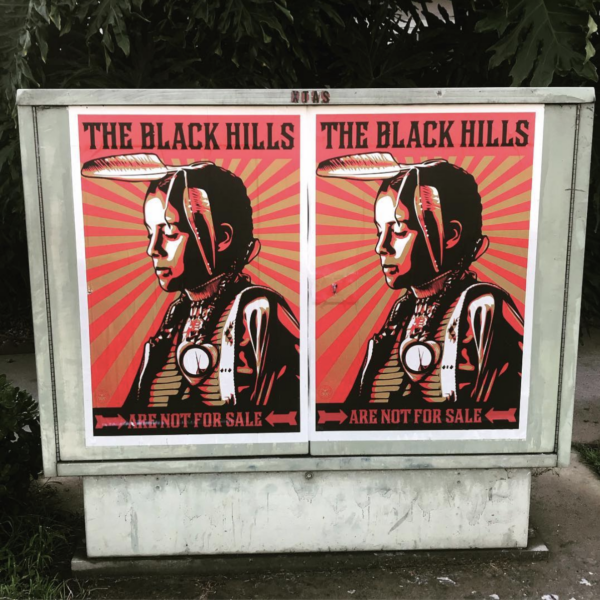 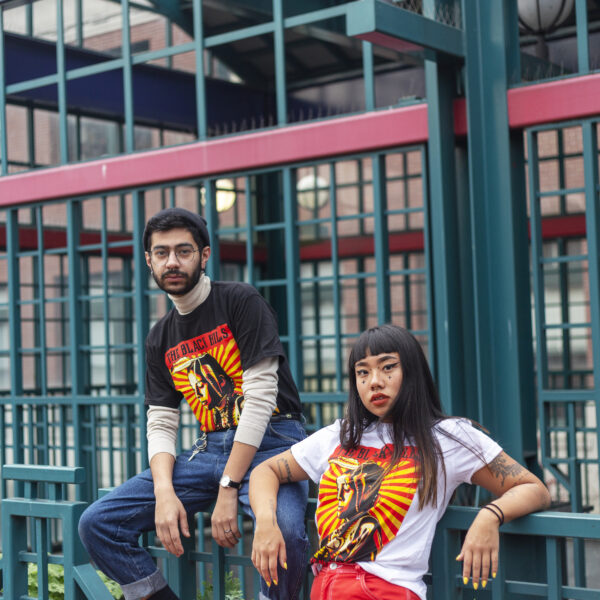