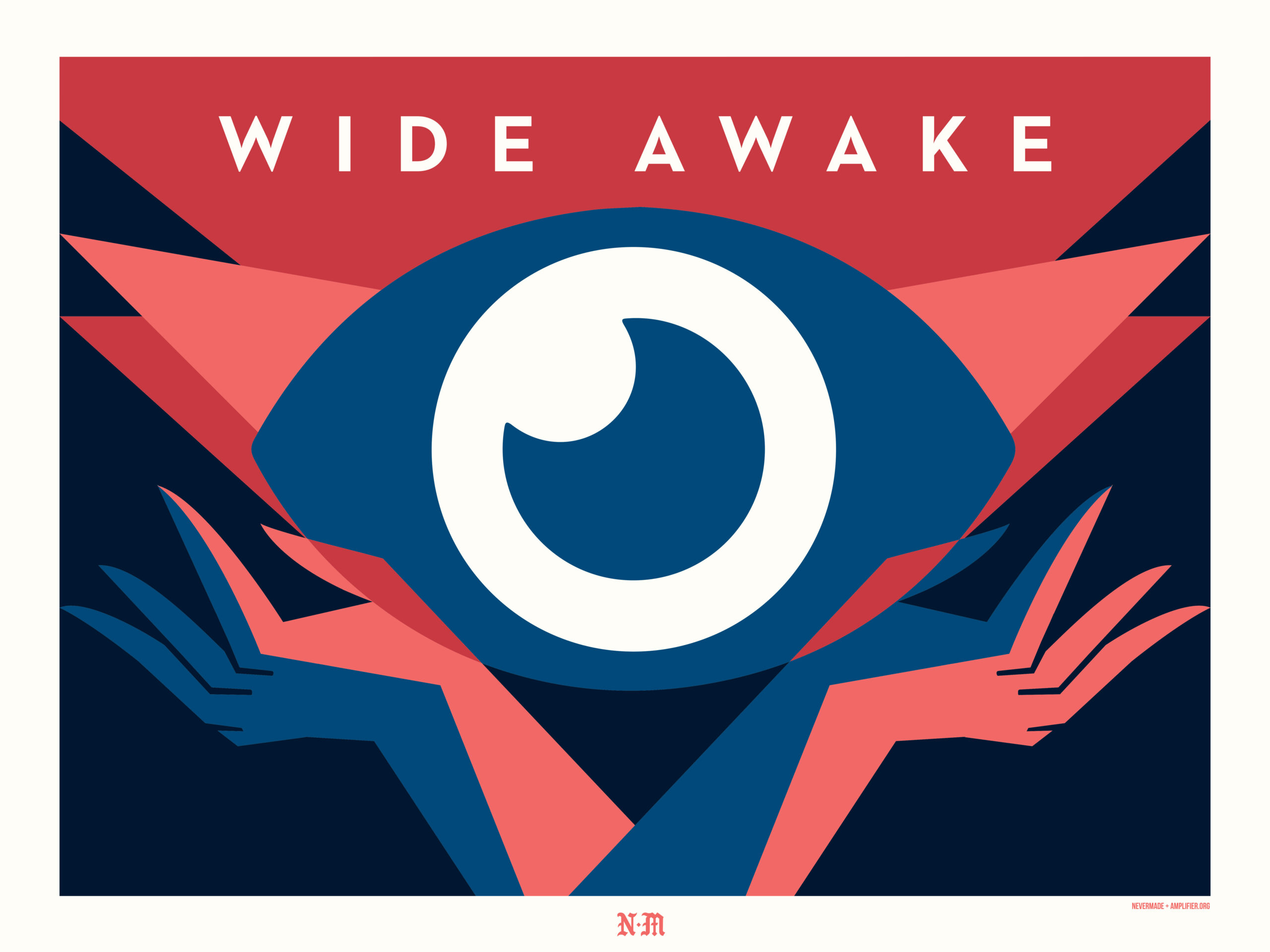 In 1860, as the United States careened toward civil war, a group of young patriots, now long forgotten, launched a movement to wake up the country. They were called “The Wide Awakes.” 160 years later we are once again divided as a nation and once again we are waking up! A broad coalition of organizations and individuals are re-launching the Wide Awake movement.  We are a decentralized group coming together throughout the year wherever we can in creation and collaboration, culminating in nationwide marches on October 3, the anniversary of the Wide Awakes’ New York City march in 1860.  There will be thousands of happenings and gatherings in all shapes between and beyond, as paradigms continue to shift.  All that is needed to participate is the willingness to ask the question, open your eyes, and jump in. What does it mean to be “Wide Awake” in this century?  We don’t get it from a channel, a political party, a candidate, or a pulpit.  We believe in self-emancipation. We find it through curiosity.  It is our eye to open. The process of awakening requires curiosity, curiosity leads to collaboration, collaboration leads to community, and community activates real power.