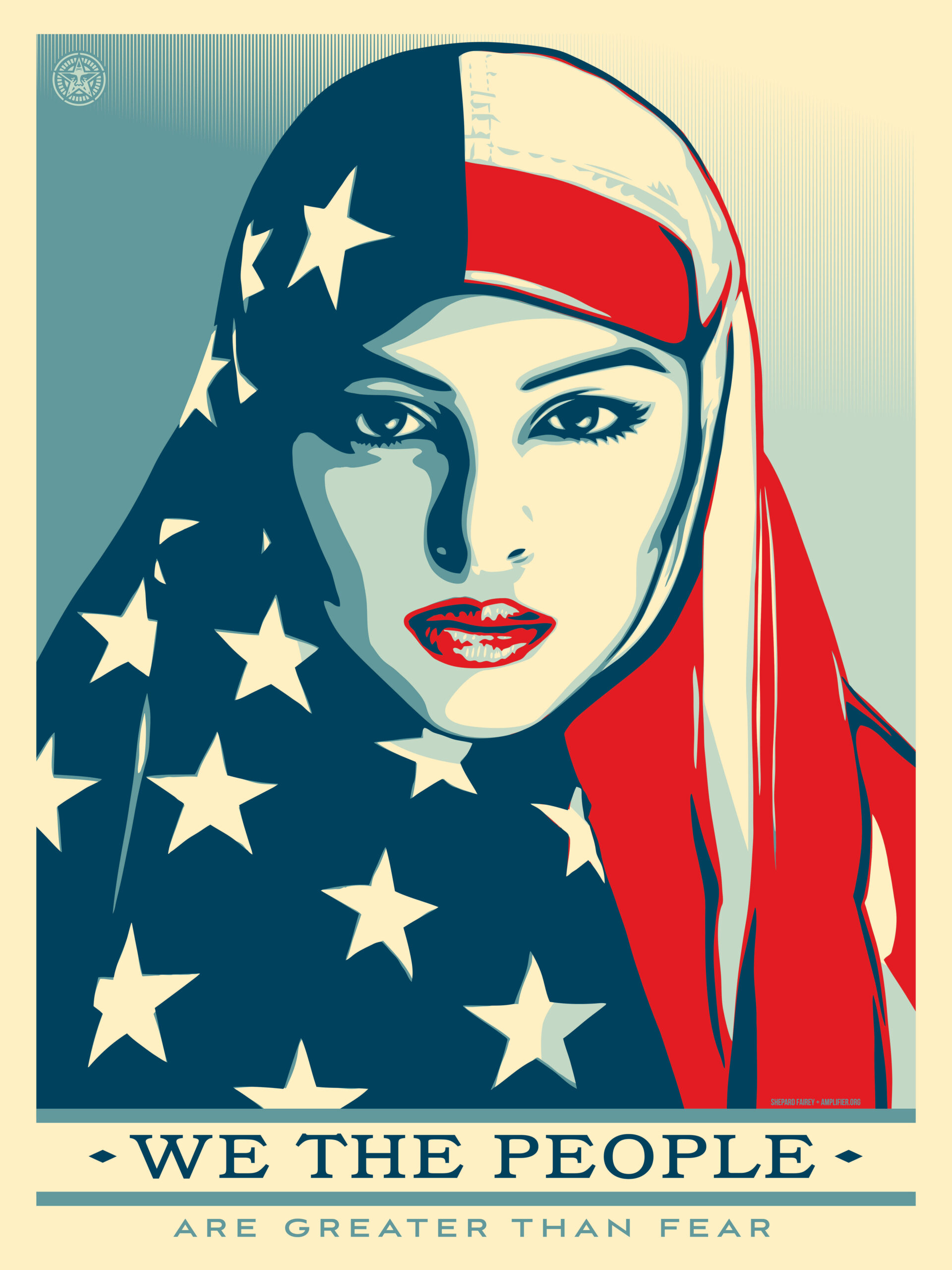 The We the People campaign aims to restore hope, imagination, curiosity, and creativity into our country’s dialogue. Ridwan Adhami decided to photograph a Muslim woman wearing an American flag as a hijab for the five-year anniversary of 9/11. They stood at the site of the World Trade Center, capturing the iconic image, without knowing just how far it would eventually go. “I was a New Yorker, the subject Munira was a New Yorker, we are both Muslim, the city was ours, the nation was ours, the religion was ours,” he recalls. “There was no separating all those facts as many tried and still try to do.” More than a decade later, Adhami and Shepard Fairey reincarnated the image for Amplifier’s We the People campaign. As the Trump administration’s Muslim Ban continues to wage a war on Islamic faith, the artwork’s message will keep ringing loud and clear. There is no room for fear, only freedom.