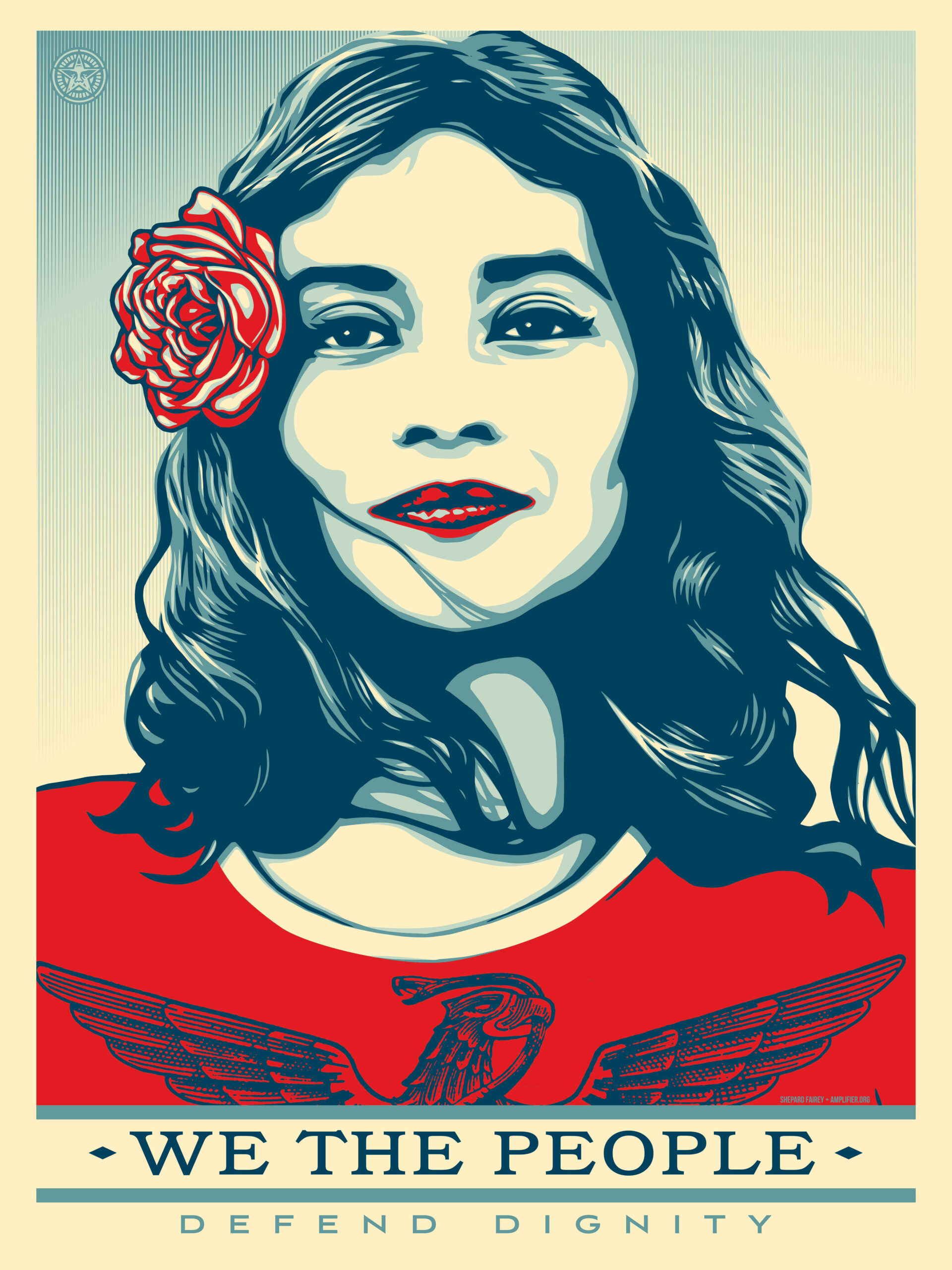 Now more than ever, Amplifier recognized the need to defend the right for all communities to live, work, and thrive. That’s why this photograph taken by Arlene Mejorado and illustrated by Shepard Fairey is a crucial part of the We the People campaign. Mejorado, a photographer and documentary-maker from California, describes herself as “the daughter of migrants, brown, queer, multi-ethnic, and aspirant of beauty and truth.” The image depicts Xicana activist Maribel Valdez Gonzalez, described by the artist as “an incredible queer, first gen, muxerista, educator who constantly pushes my politics.” The final artwork was carried by thousands at the Women’s March for the 2017 inauguration. Gonzalez’ radiance, captured through her peer’s lens, serves as a visual reminder of the honor and respect we all deserve.