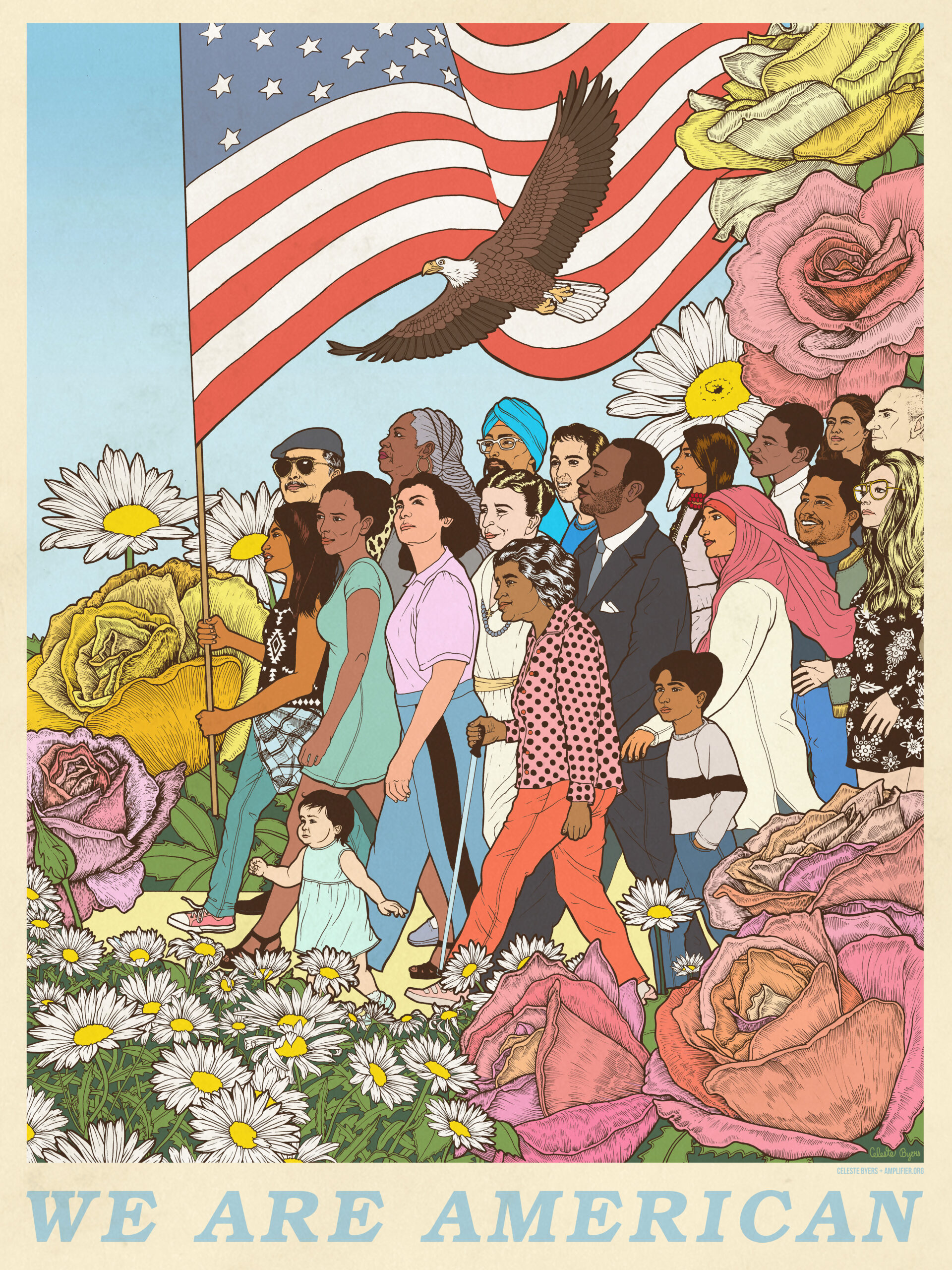 WE ARE AMERICAN is an illustration by Celeste Byers celebrating the culturally diverse array of activists from our country’s history for the Ford Foundation Realizing Democracy series. Realizing Democracy is a year-long learning series led by The Ford Foundation reimagining the relationship among civil society, government, and the economy — and asking what it would take to realize the full promise of democracy in the United States. To learn more and engage, visit realizingdemocracy.org.

Celeste Byers chose to use the classic American symbols of the flag, the rose, and the bald eagle along with daisies which represent new beginnings for ALL Americans in an attempt to reclaim these symbols because this country is all of ours. From left to right, this artwork features: Richard Aoki, Dolores Huerta, Ella Baker. Grace Lee Bogs, Toni Morrison, Elenor Roosevelt, Rosa Parks, Vishavjit Singh, Martin Luther King, Vito Russo, Linda Sarsour, Zitkala Sa, Cesar Chavez, Bayard Russin, Haunani-Kay Trask, Gloria Steinem, and Larry Kramer.