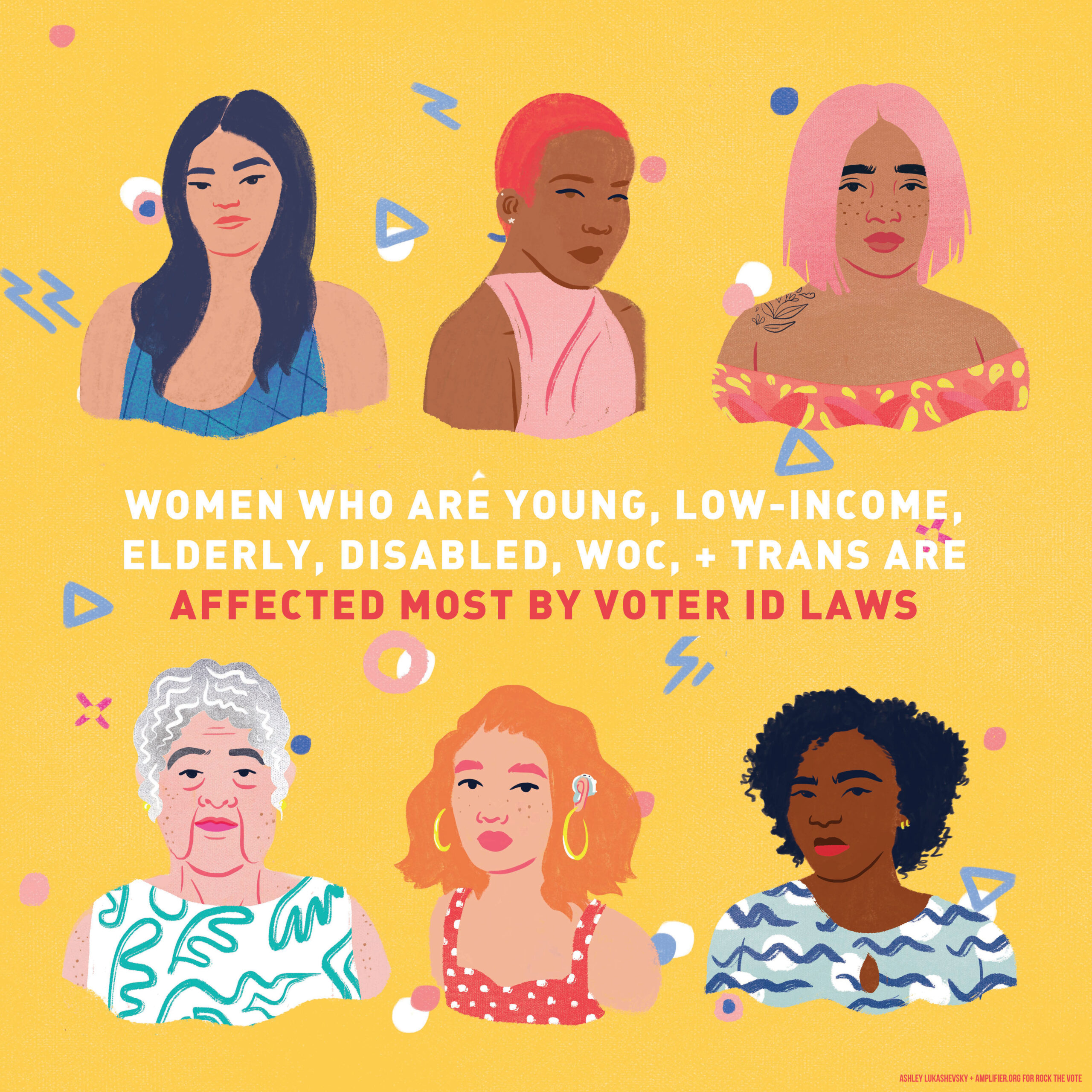 Equitable and accessible voting should be at the core of American democracy. Unfortunately, in 2013, our democracy took a step backwards with the Supreme Court’s decision in Shelby County v. Holder. The case overturned the preclearance clause of the Voting Rights Act, which was meant to prevent local governments with a history of discrimination from changing their voting laws without federal approval. Removing these protections puts minority communities at risk of losing their right to vote.

For the 52nd anniversary of the Voting Rights Act, Amplifier worked with non-profit Rock the Vote and artist Ashley Lukashevsky to highlight the voices that these policies threaten to silence. “Voting is supposed to be the one foundational political act that all Americans have equal access to,” says Lukashevsky. “To take that away is deeply wrong and reveals so much about our broken political system.”