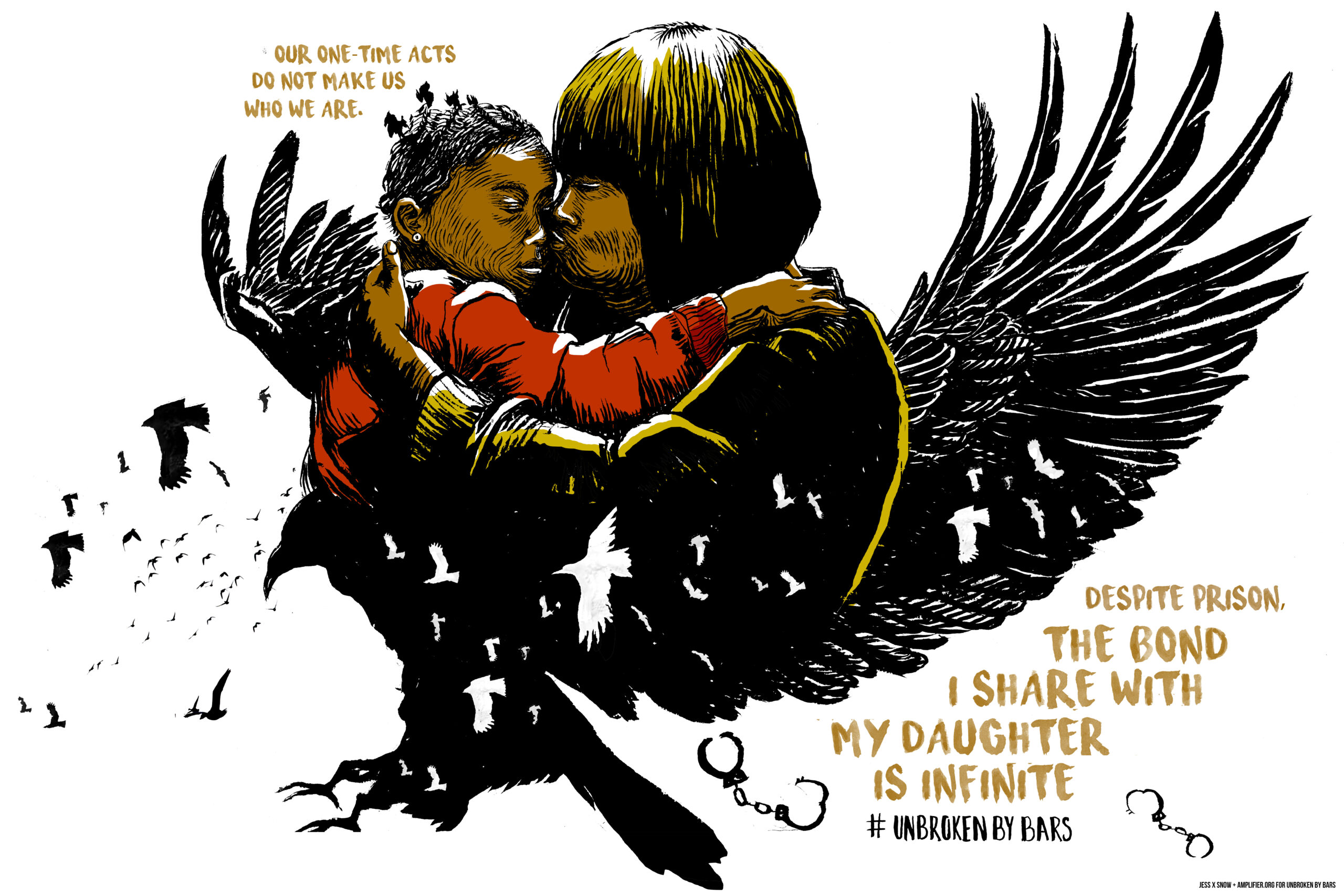 Families should never be separated. Unfortunately, this is not a new phenomenon in the United States. Many states do not have any legislation restricting incarcerated women from being shackled during childbirth, and they are often separated from their newborns shortly after labor. For the Unbroken by Bars campaign in 2016, Amplifier partnered with Race and Revolution artists Jess X Snow to convey the perpetual love between formerly imprisoned mothers and their children and advocate on behalf of mothers of color, who have the highest rate of incarceration – often for non-violent offenses.

We built relationships with the women whose stories are depicted in the artwork over the course of seven months in order to fully convey their fight to end the unjust treatment of women of color (and their reproductive rights) in the industrial prison complex.