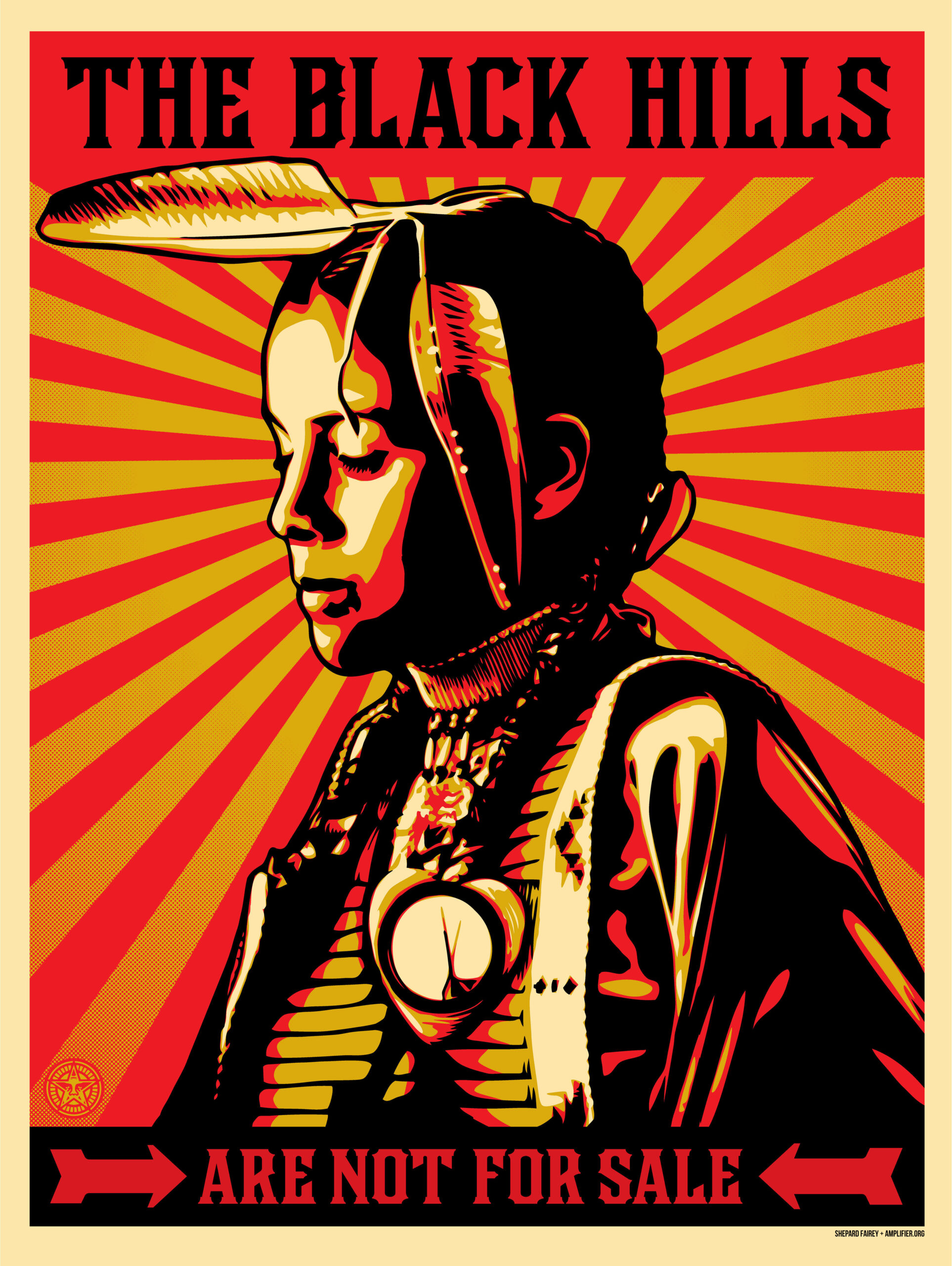 The Black Hills of South Dakota belong to the Lakota people–and yet, the United States government has violated Native treaties and taken the land and its resources. They have offered a sum of money in compensation, but the problem is that the Hills are not and never have been for sale.

“The government and the highest courts in the land have admitted that this huge area was stolen from us. But stolen or ‘bought,’ Uncle Sam never gives any Indian land back,” wrote  Sicangu Lacota activist Mary Brave Bird.

This image from Amplifier’s Honor The Treaties campaign raises awareness about the systemic abuse that U.S. officials wage against Native populations and was displayed as a mural on Melrose Avenue in Los Angeles. No amount of money will ever be enough–we must continue fighting until Native communities are returned the land that is rightfully theirs.