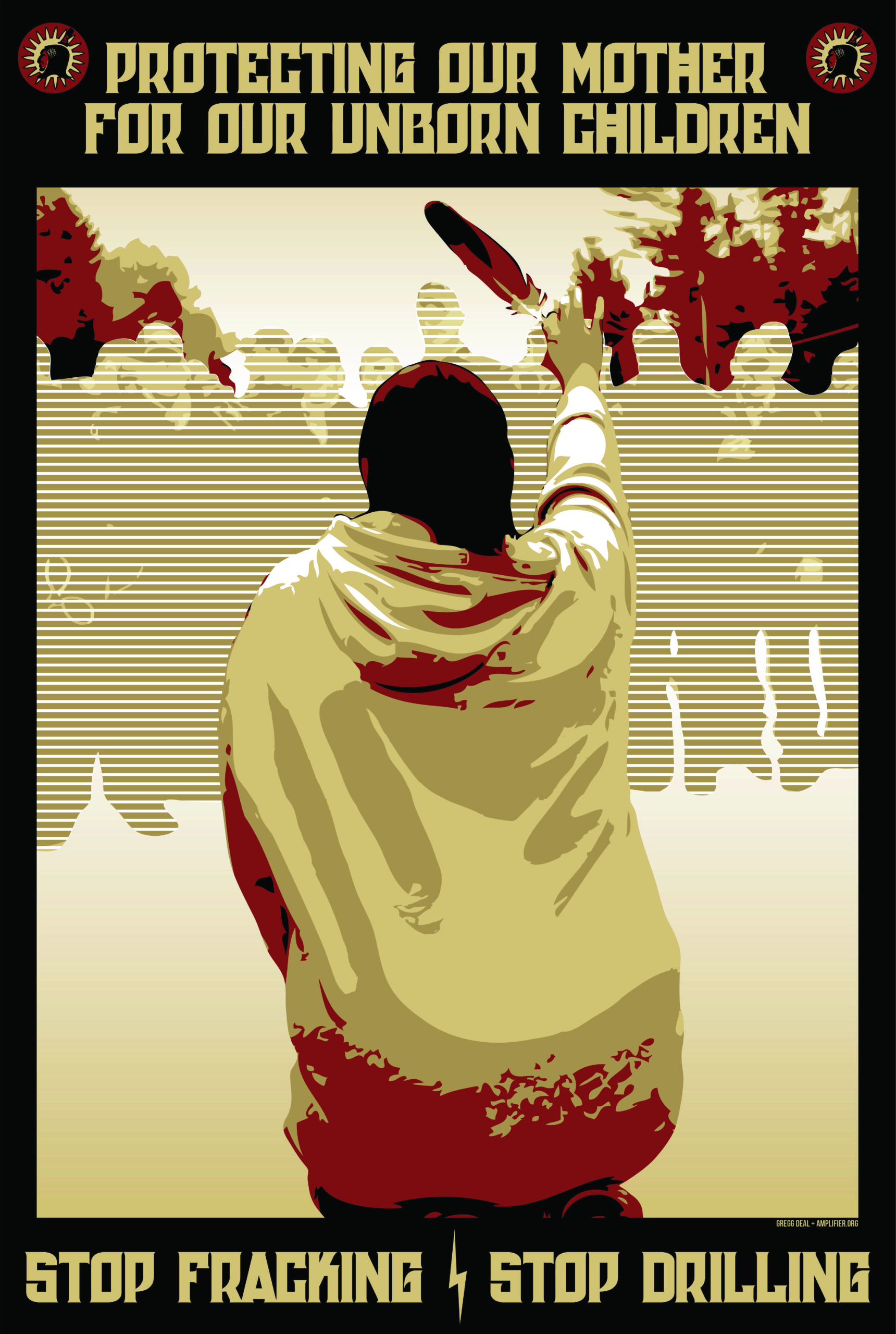 Gregg Deal is an artist of the Pyramid Lake Paiute Tribe creating work that honors the resources, identities, and traditions of Indigenous peoples. “I think a lot of my work is exploring the ideas and the philosophies behind being Indigenous in the modern day, which equates to activism, because I side on the side of indigenous people to be able to assert their own identity,” he says.

In 2014, a U.S. company’s exploration for shale gas on Native land led to clashes with protesters in New Brunswick, Canada. Deal created the imagery for “Stop Fracking” from a photograph of those protests in order to support First Nation people’s plight to have their land respected and passed down to future generations.