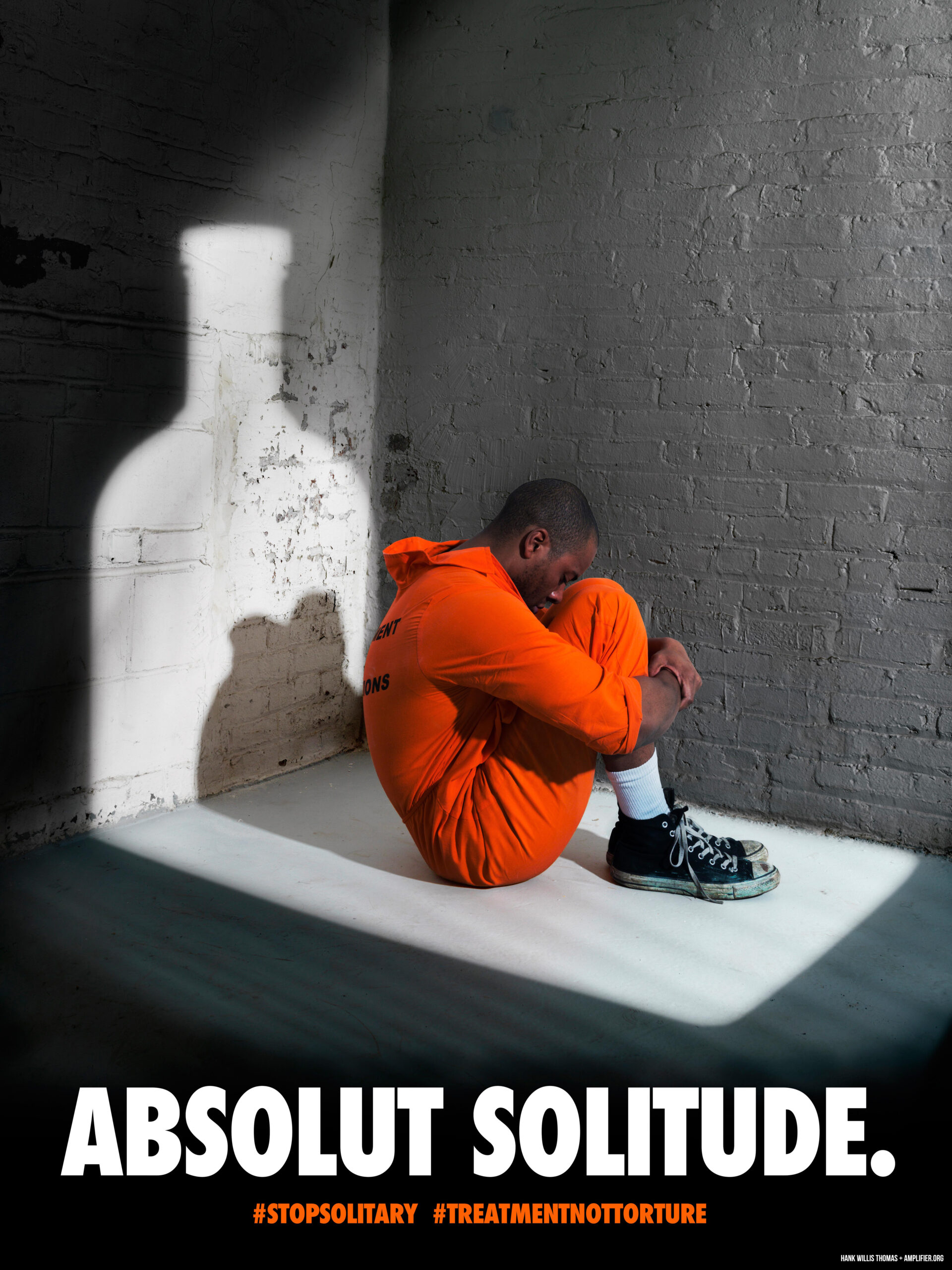 The United States has the largest incarcerated population in the world according to the Pew Research Center, and people of color are imprisoned at disproportionate rates. “African Americans are incarcerated at more than 5 times the rate of whites,” reports the NAACP. And “the imprisonment rate for African American women is twice that of white women.”

In 2012, the Bureau of Justice statistics announced that nearly 20% of people behind bars had been held in solitary confinement. This 2016 collaboration between Amplifier and Hank Willis Thomas draws attention to the inhumane practices of the prison industrial complex in the U.S. and calls for reform that focuses on #treatmentnottorture.