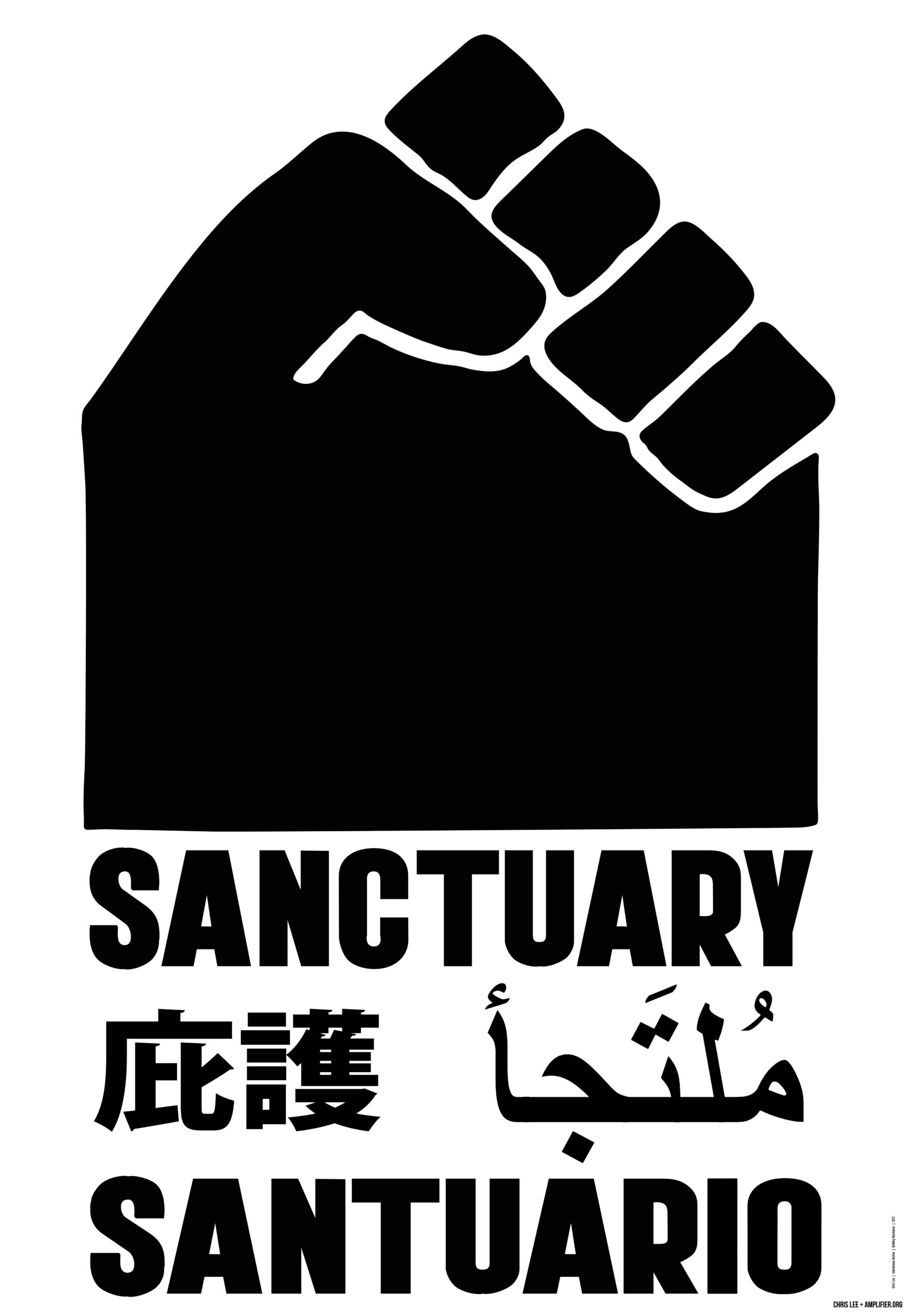 There are approximately 11 million undocumented immigrants in the United States– many of whom are fleeing violence, poverty, and warfare in their home countries–and all of whom are working to build better lives for themselves and their families. Despite sanctuary policies in some cities around the country, a federal quota mandates that at least 34,000 people be detained at all times; In the last two years, Immigration and Customs Enforcement arrests have skyrocketed, and the agency has been accused of using increasingly aggressive tactics to intimidate and terrorize immigrant communities.

This graphic from Chris Lee and Amplifier stands in solidarity with all dreamers, DACA recipients, undocumented and documented immigrants who call this country home. It is a part of the San Francisco Museum of Modern Art’s permanent collection.