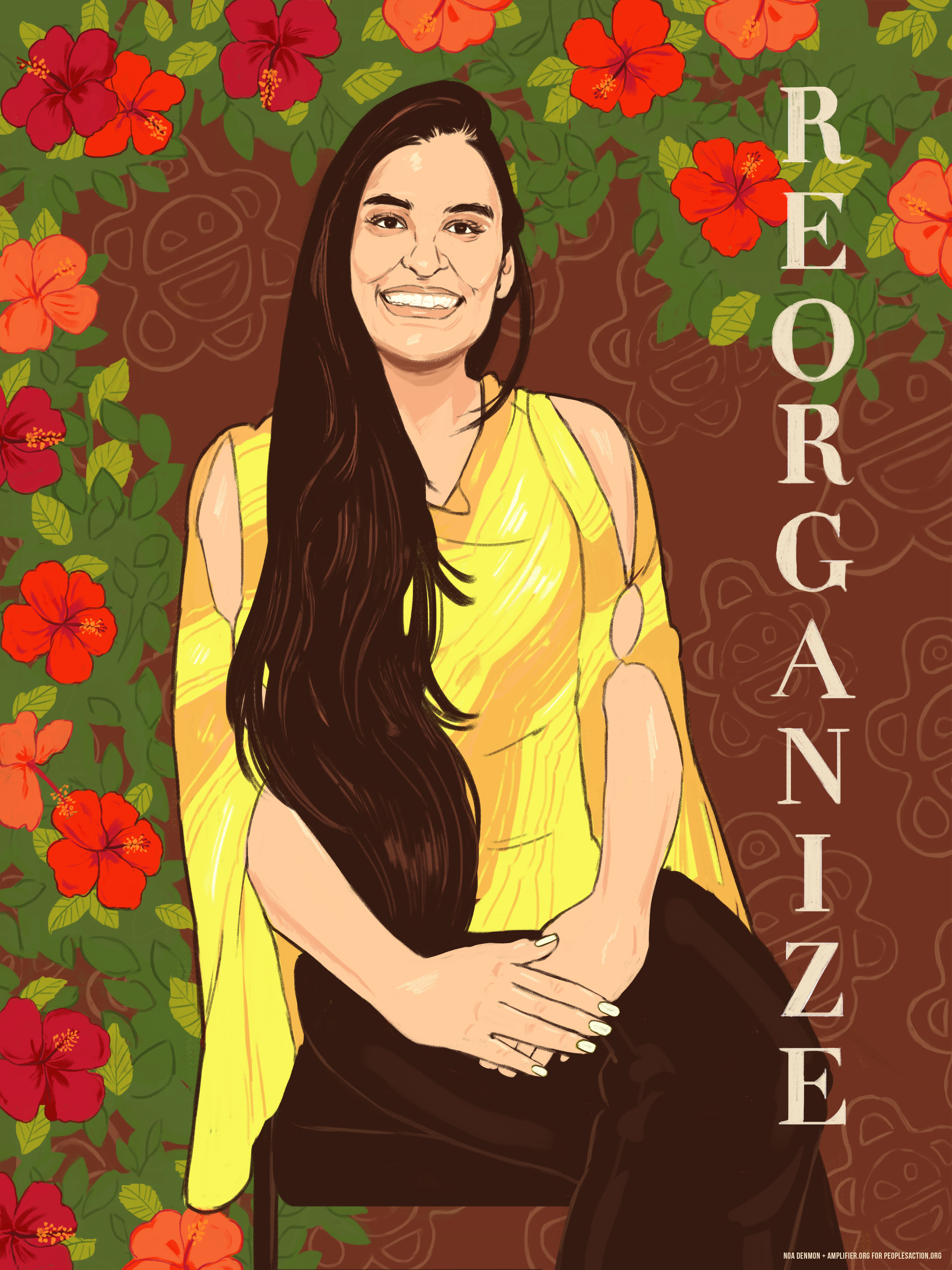 MariaElena is a second-generation immigrant on their mother’s German side, living in Ypsilanti. They were born in Puerto Rico, their father’s homeland, and moved to the mainland as a child. They are a radical activist whose focus is on organizing communities and fighting disparities in their personal life. After navigating a difficult situation with a white supremacist roommate in college, they were “bewildered” by people’s openness in rural areas when they were participating in the deep canvas — which gave them incredible hope.

Support the work of the People’s Action