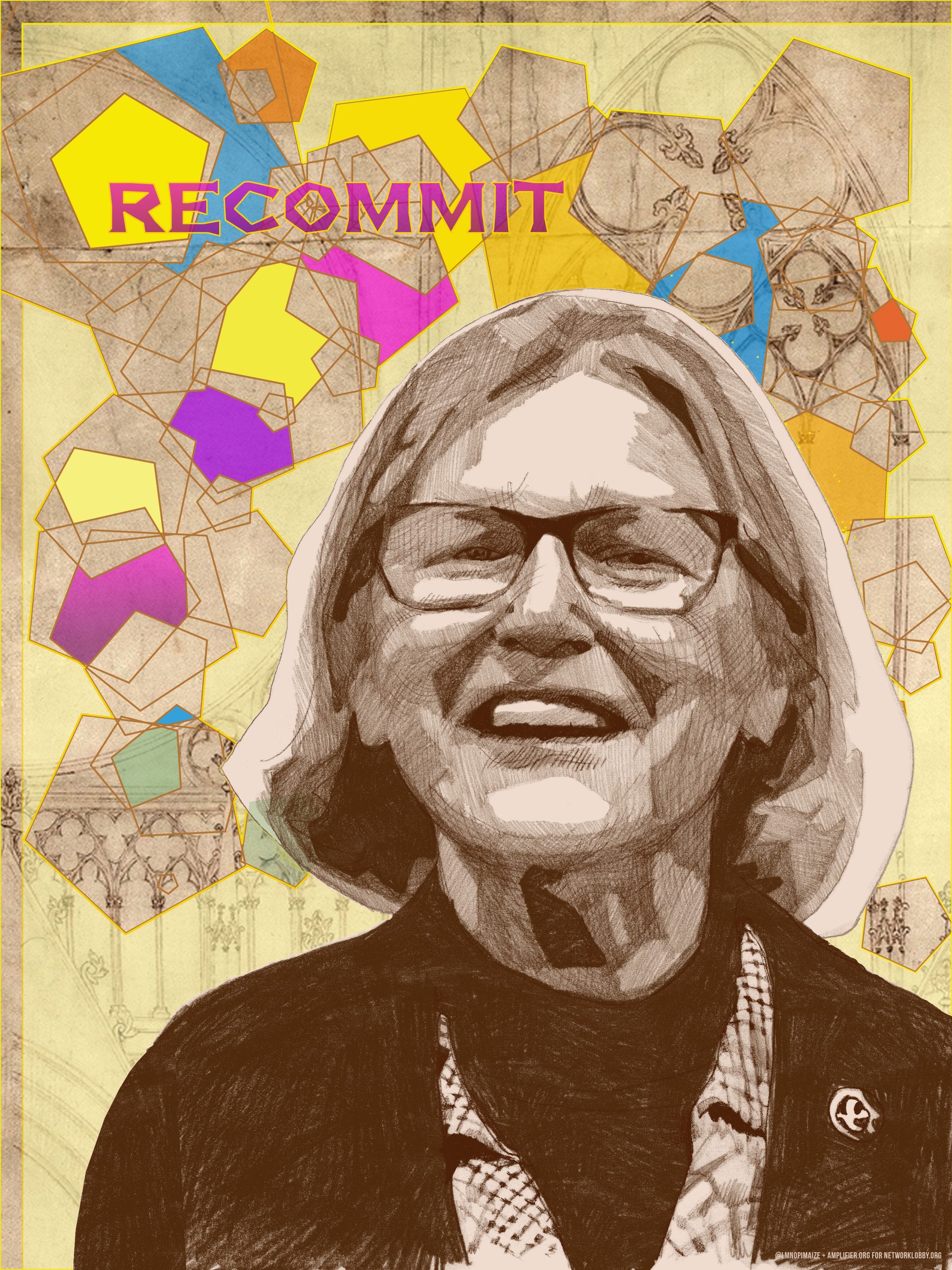 Sister Simone Campbell
NETWORK Executive Director
Sister Simone Campbell is the former Executive Director of NETWORK Lobby for Catholic Social Justice – a federal advocacy organization founded by Catholic Sisters to lobby in Washington, D.C. for policies that mend the gaps in income and wealth in the United States. She has led seven cross-country “Nuns on the Bus” trips focused on tax justice, healthcare, economic justice, comprehensive immigration reform, voter turnout, bridging divides in politics and society, and mending the gaps. Sister Simone Campbell organized Catholic Sisters across the country to support the passage of the Affordable Care Act in 2010, and is the author of “A Nun on the Bus: How All of Us Can Create Hope, Change, and Community,” published by HarperCollins and her second book “Hunger for Hope” published in 2020 by Orbis Books. She has received numerous awards, spoke at the 2012 and 2020 Democratic National Convention, and has appeared on 60 Minutes, The Colbert Report, and The Daily Show with Jon Stewart. She is a religious leader, attorney, and poet with extensive experience in public policy and advocacy for systemic change.

Support the work of the Network Lobby