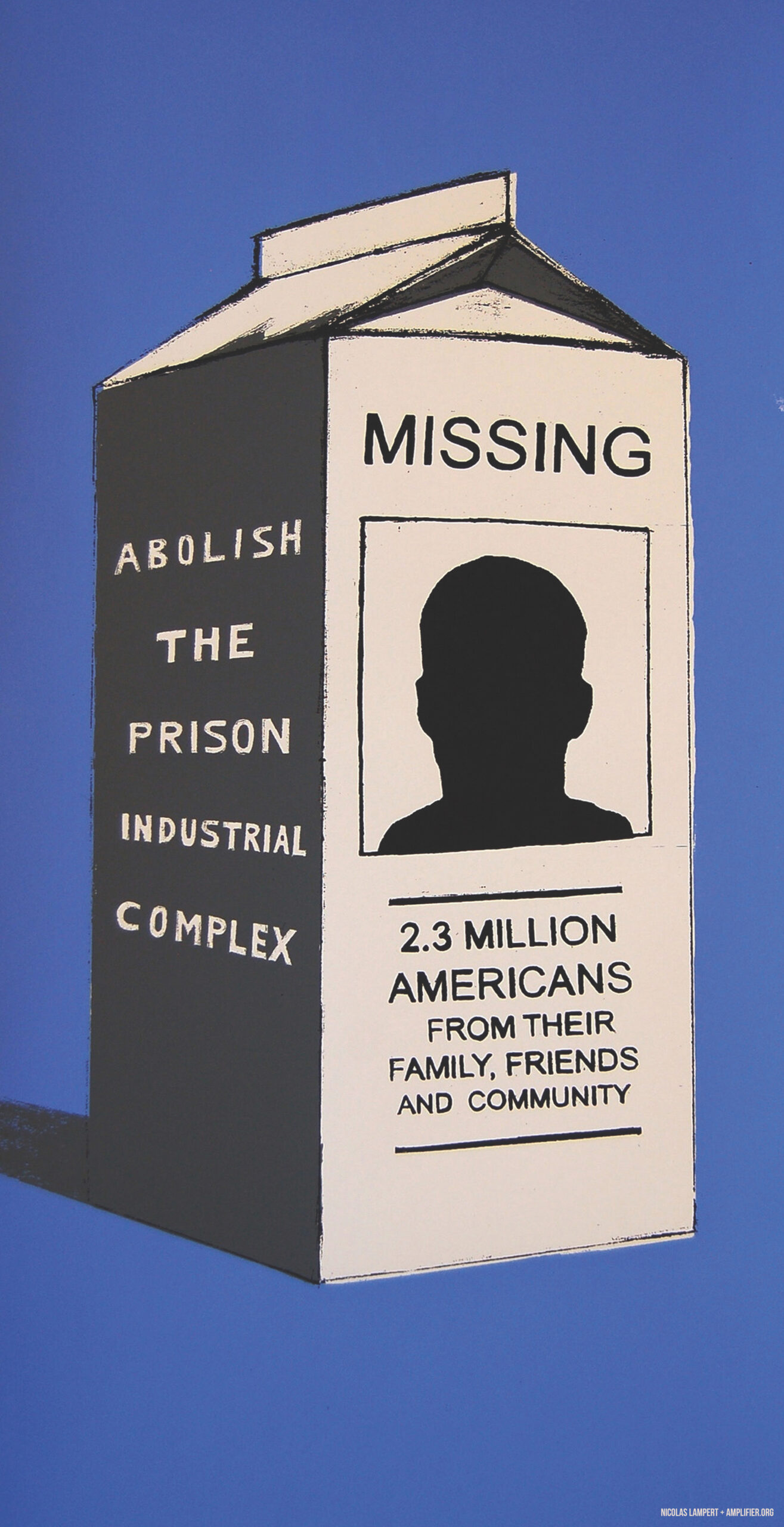 This image was originally designed and printed for the Justseeds Artists’ Cooperative portfolio project Voices from Outside. The image asks us to pay attention to the staggering number of people locked up in the US (2.3 million when the image was designed in 2008) and its impact on the community. Note that the prison population in 2019 remains astronomically high at 2.23 million. The portfolio was created for the prison abolitionist organization Critical Resistance and their ten-year anniversary conference in Oakland, California that took place on September 26-28, 2008. The majority of the portfolios were then donated to Critical Resistance and 23 other groups who are organizing against the prison-industrial complex. The portfolios have been used in a multitude of ways: exhibitions, presentations, and discussions have been organized in numerous cities to bring more attention to the prison reform and abolition movements, graphics have found their way onto flyers and periodicals, and some organizations have auctioned their portfolio off as a way of raising funds.