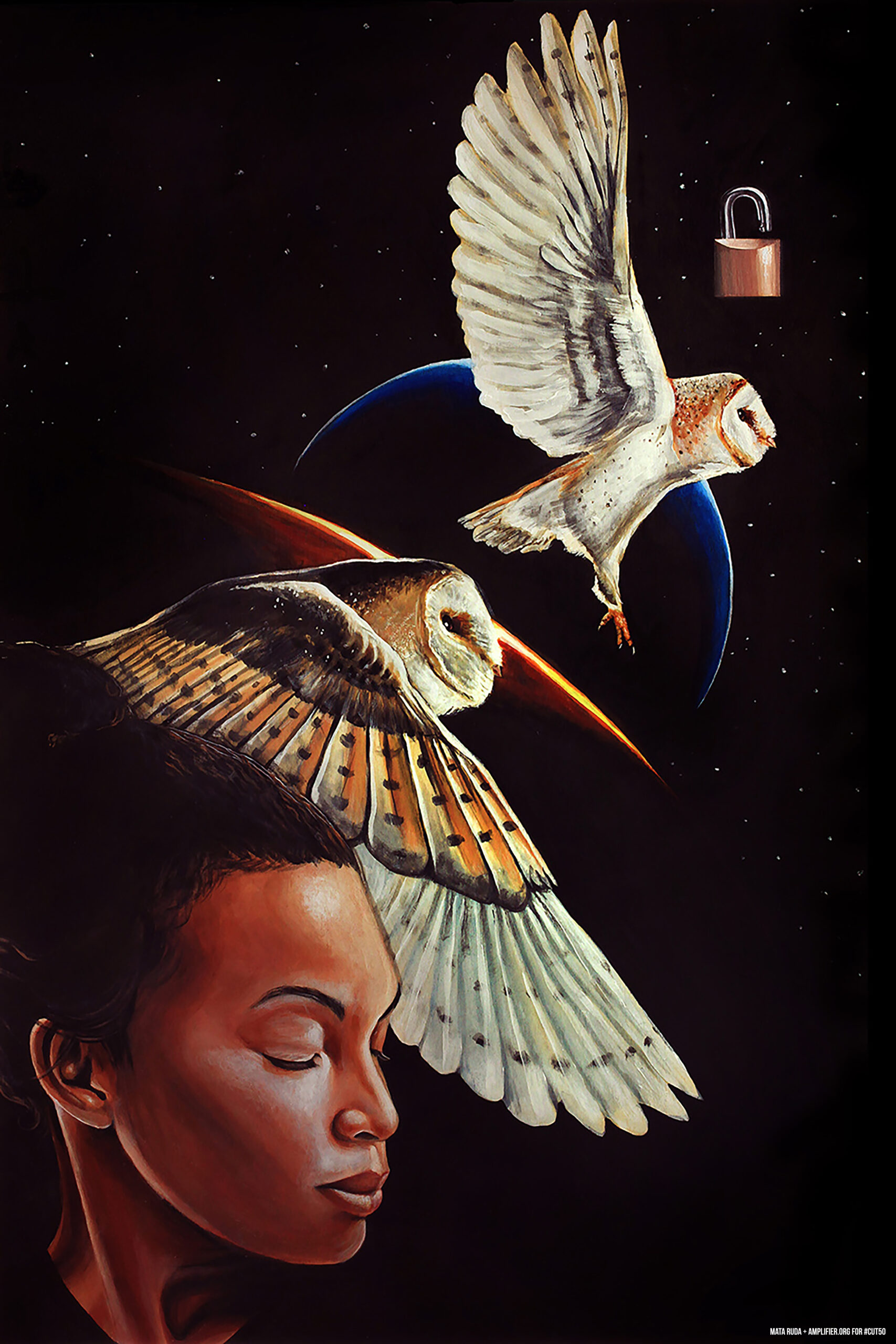 The United States has the highest incarceration rate in the world. #cut50 is trying to change that. The organization works with a variety of leaders and platforms to reduce the prison population in half while reinvesting into the communities most affected by the criminal justice system. Their campaigns, which are fronted by people who have experienced incarceration, promote the wellbeing of the imprisoned population and champion initiatives to provide freedom and opportunity.

In 2015, Amplifier partnered with #cut50 to commission this artwork from Mata Ruda. Thanks to Amplifier’s donors, the hand-painted image and its compelling text have been turned into stickers and posters for nationwide circulation.