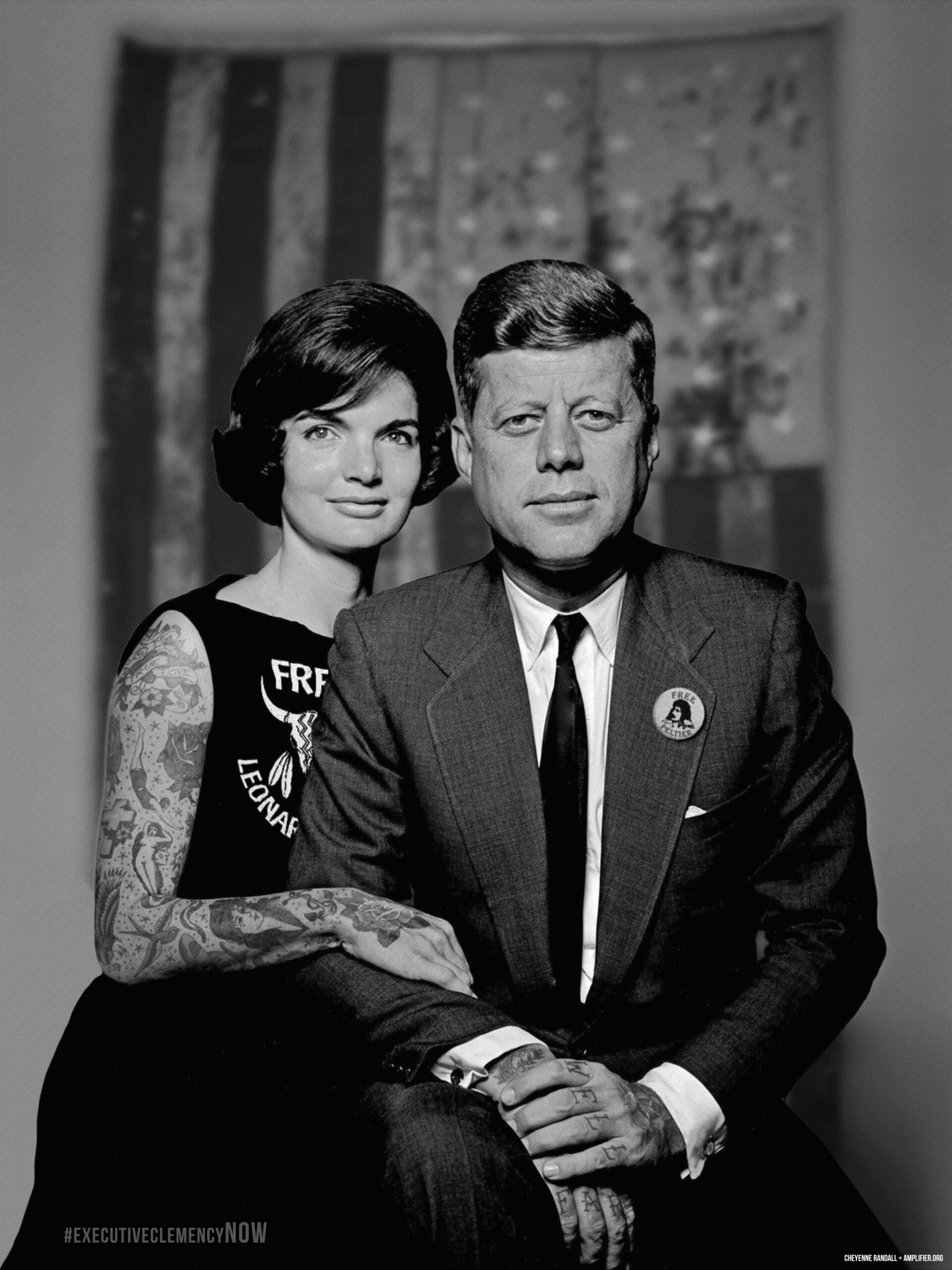 Leonard Peltier is a Native American activist wrongly convicted for murder in 1977 following a violent altercation with FBI agents on the Pine Ridge Reservation. According to his legal defense team, Peltier is recognized as a political prisoner by Amnesty International, the Southern Christian Leadership Conference, National Congress of American Indians, the Robert F. Kennedy Memorial Center for Human Rights, and more.

In 2016, Amplifier and Native American artist Cheyenne Randall partnered with the International Leonard Peltier Defense Committee to launch the #TattooedForPeltier campaign. The series features images of celebrities like Brad Pitt and James Franco with photoshopped tattoos raising awareness about Peltier’s case. The artwork was also featured in wheatpaste campaigns across the U.S. to call for the release and clemency of Peltier. No person should be punished for protecting their land and culture.