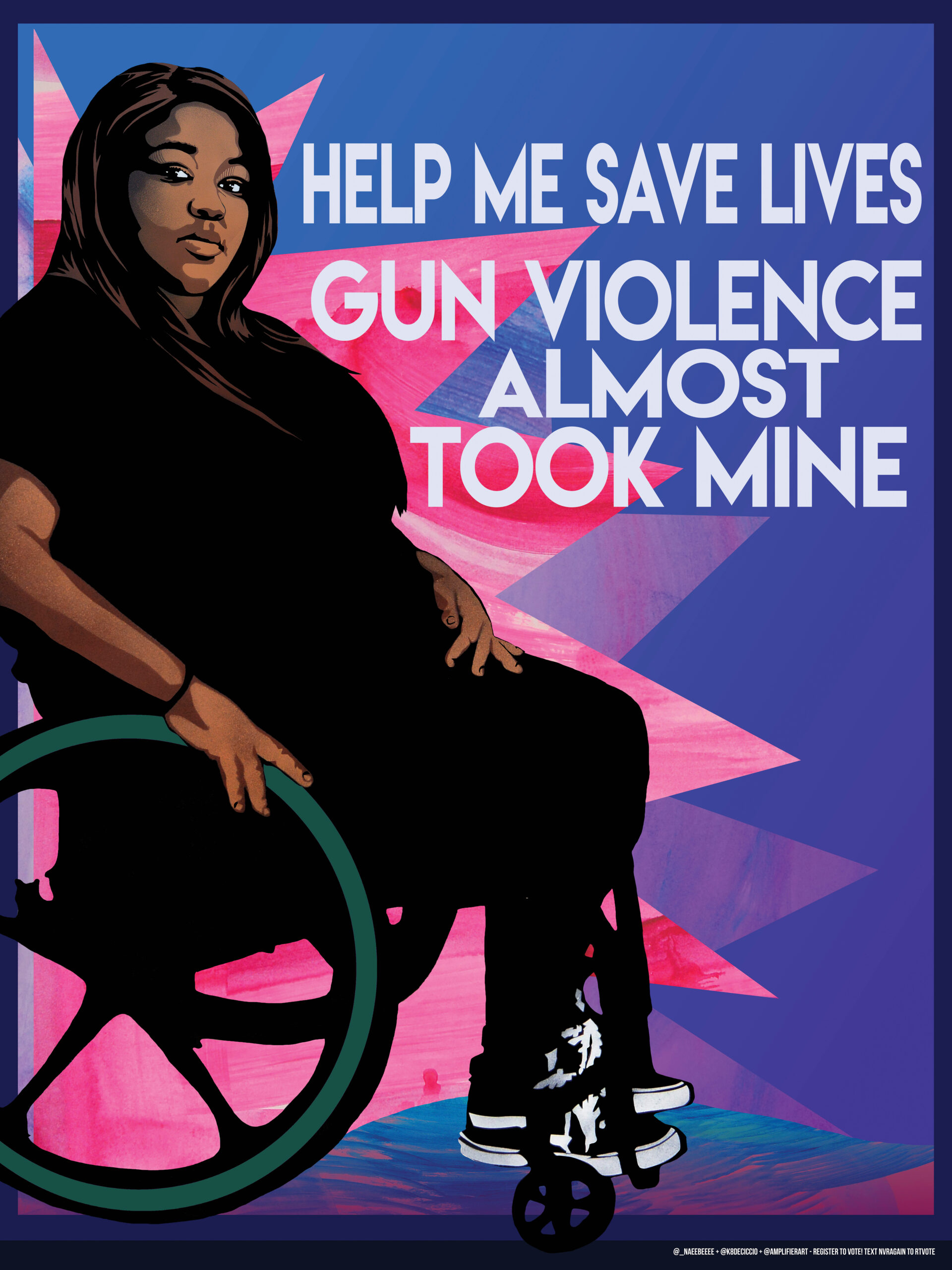 Young people want to be worried about their schoolwork, their friends, and their changing futures. What they don’t want is to be worried that those futures will be prematurely taken away by gun violence. On March 24, 2018, hundreds of thousands of students participated in the March For Our Lives to send Congress a message: it’s time to tighten up gun legislation. When creating artwork for the March, Amplifier chose to center the experiences of youth whose lives have been changed by firearms.

D’Jenae Gilliam was 21 years old when a stray bullet robbed her of her ability to walk. She worked with her art teacher, Kate DeCiccio, to share her voice with the nation during March For Our Lives. “It’s one thing to create a visual with powerful words to reach the people, but it’s also one thing to be featured in the poster telling your story visually,” saysGilliam. “I wanted people to actually see what gun violence has done to my family and I.”

Upon seeing Gilliam’s artwork, student leaders from Parkland invited her to join them for the Washington, D.C. March. Amplifier also distributed over 40,000 posters from the March For Our Lives campaign in seven cities across the U.S.