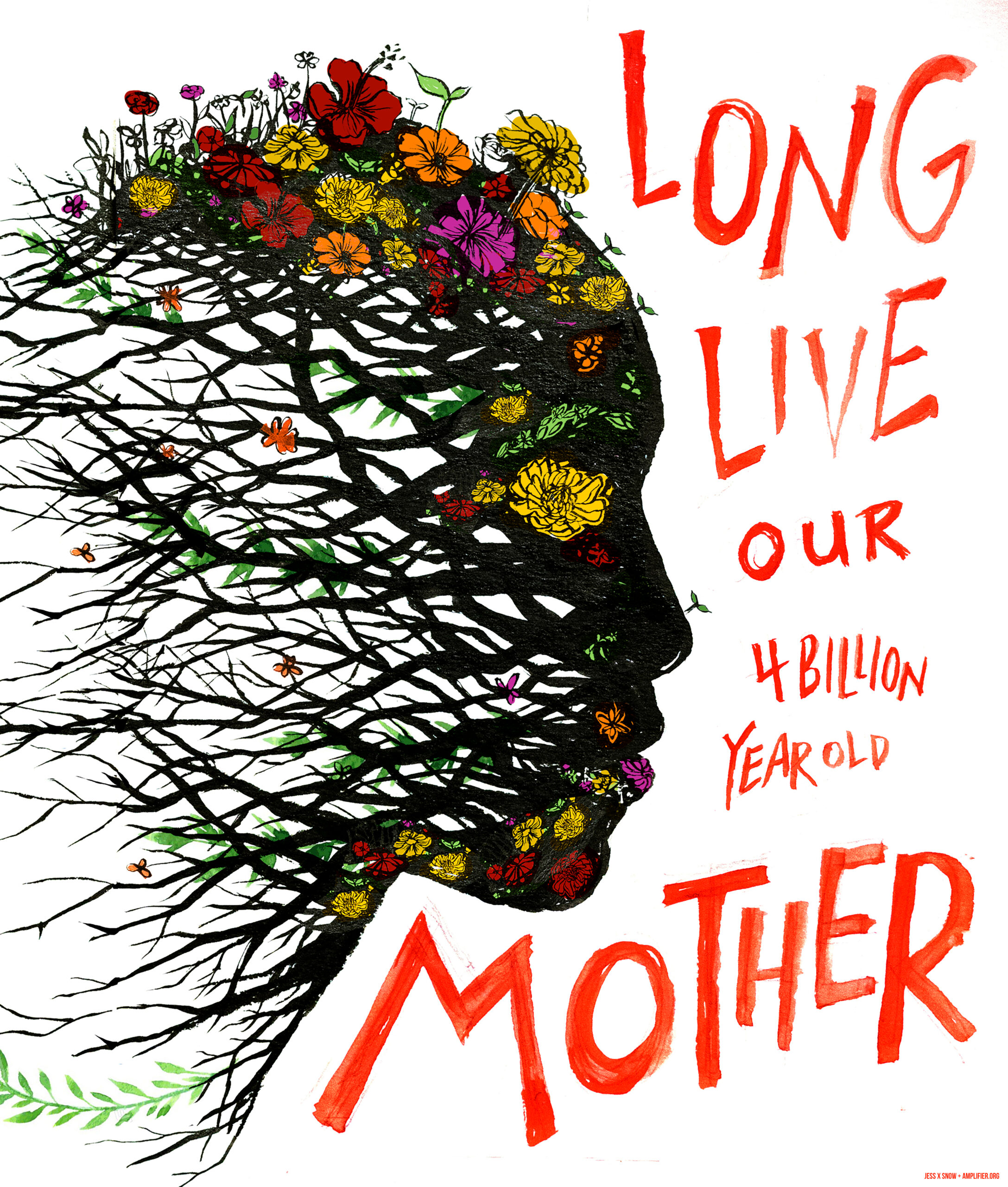 Fifty of those works were selected for a touring exhibition called Hear Our Voice. In this hand-painted image from the campaign, artist Jess X Snow represents the billions of years of joy and resistance of Mother Earth and those who have inhabited her long before hatred and fear gained power — and who will outlive the patriarchy and blossom anew.