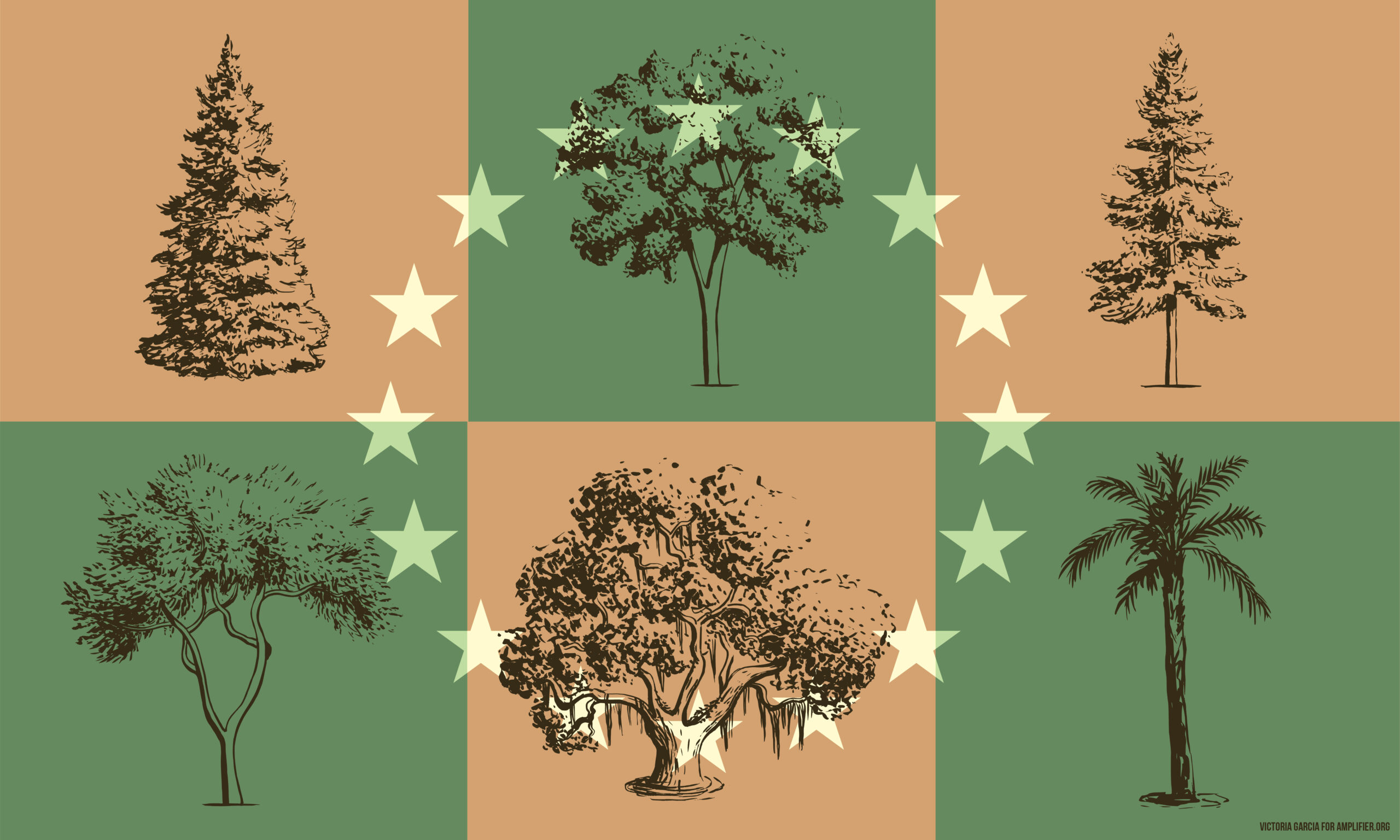 From Victoria Garcia: Prior to colonization, what is now known as the U.S. was half forest. What remains of that today is only 10%. This piece is representative of the different ecosystems that exist across the nation, their trees, and calls people to identify more with the earth—instead of political symbols.