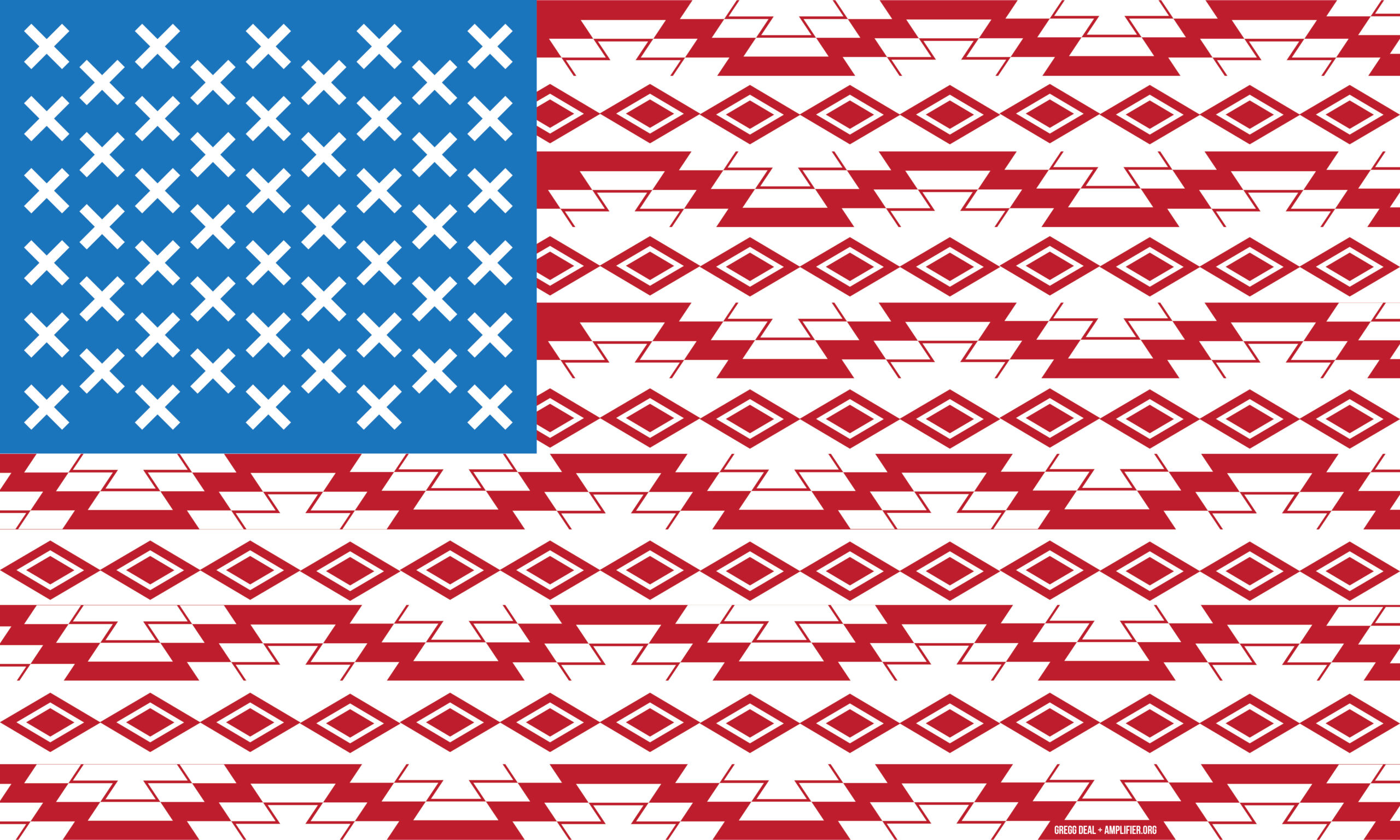 On the 4th of July, as we proclaimed our independence and the nation waved its flag in pride and patriotism, there are many that felt left out of the narrative, and for whom this is not a moment of celebration.  There are many who do not feel free in the home of the brave, a home that is theirs too. Inspired by new visions of “Old Glory” like Nacho Becera’s Serape Flag, and Nadeem Haidary’s information-driven flags, we launched an open call to redesign the stars and stripes. We asked artists how would they imagine the American flag in a way that’s inclusive of their community, represents their story, and their ideals. These flags could be just for their community, or one that truly encompasses us all.