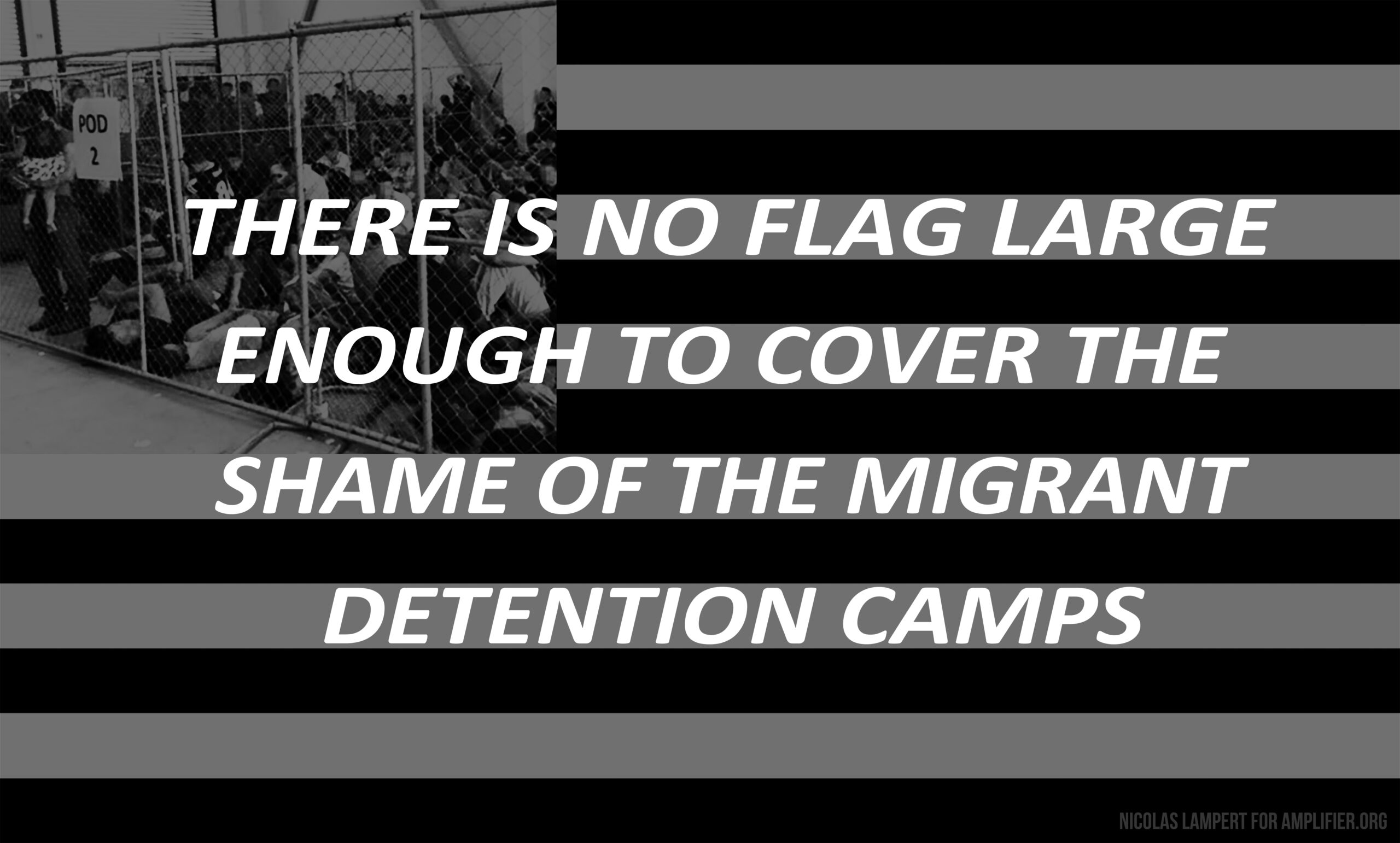 From Nicolas Lampert: “A remix of the American flag and a remix of Howard Zinn’s quote “There is no flag large enough to cover the shame of killing innocent people.” Close the migrant detention centers now!”