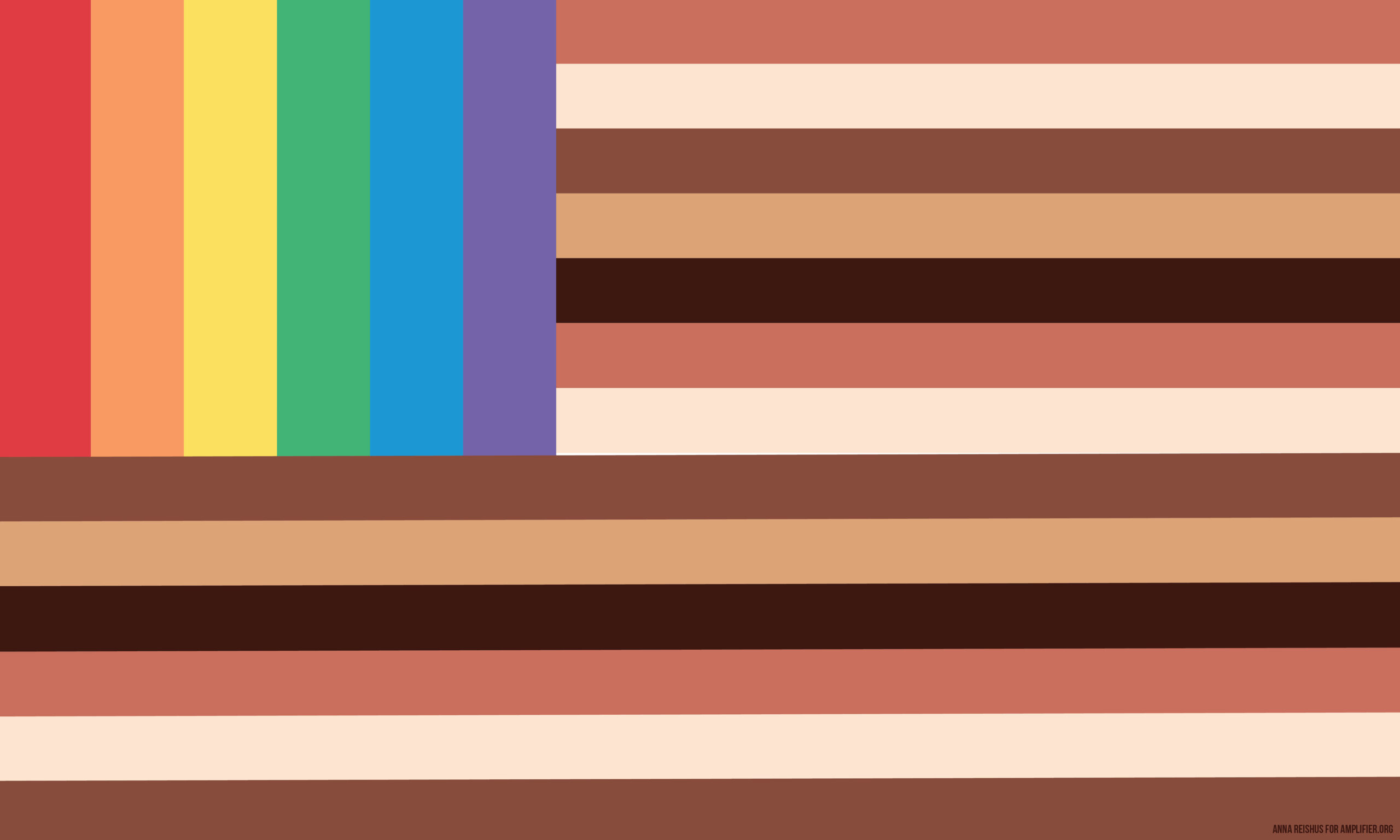 From Anna Reishus: “This flag combines the rainbow of the LGBTQ+ flag with colored stripes representing the diversity of skin tones that make up the American people. We owe our country’s vibrancy to the multitude of cultures, races, and identities. The American flag represents a unified fifty states, and this flag envisions a unified, productive society where all identities are accepted and celebrated – a society that is possible through consistent effort to work through our countries failings. Co-artists: Dave Verdolino and Anna Reishus”