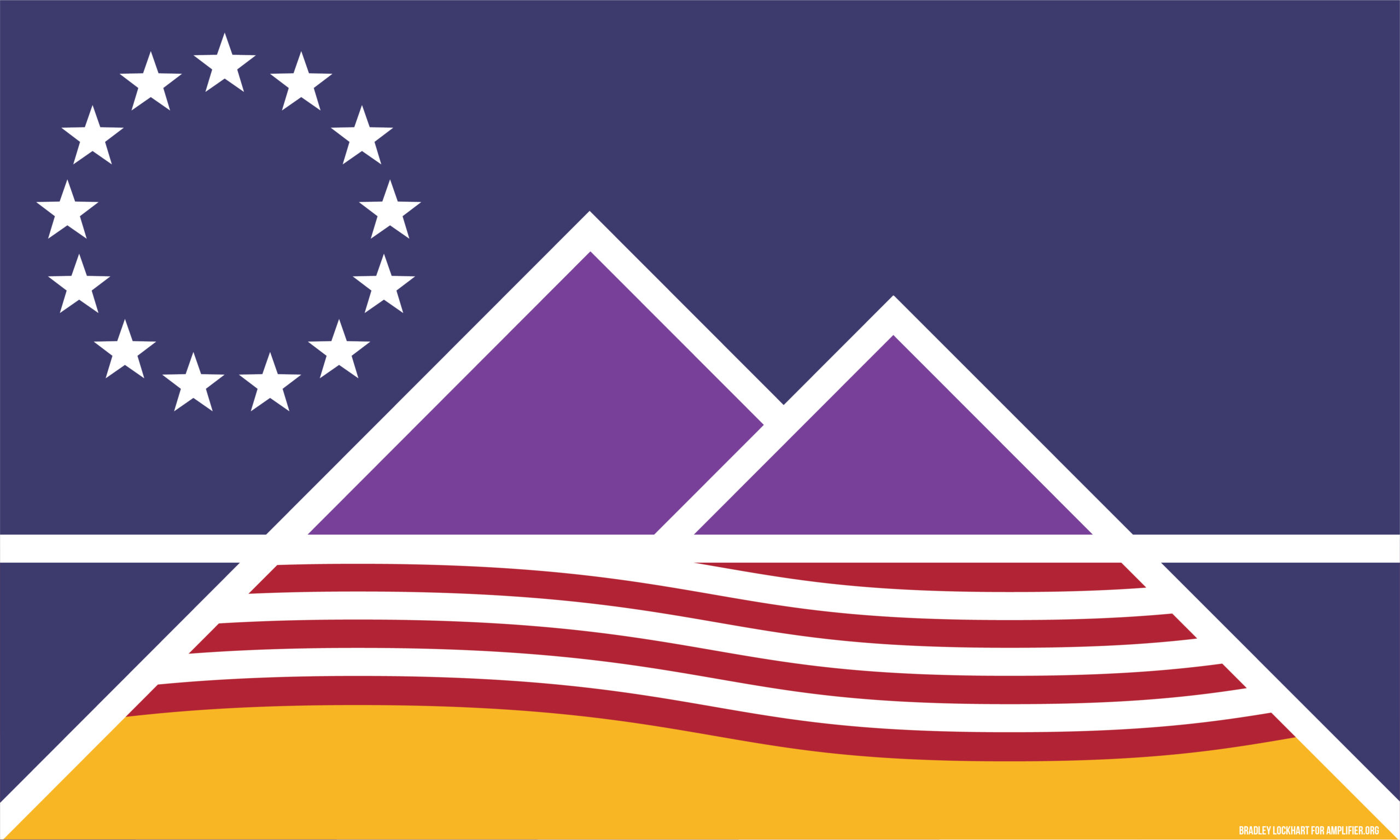 From Bradley Lockhart: “This redesign of the American flag is inspired by Katharine Lee Bates’ 1893 poem Pike’s Peak, which later became the popular anthem America the Beautiful. The visual elements of the flag are inspired by the imagery that Bates describes in the first stanza of the poem. The symbolism is as follows:
1. A navy blue field at the top: “beautiful for spacious skies”
2. A golden wave at the bottom “amber waves of grain”
3. Two purple triangles for “purple mountain majesties”
4. Wavy red stripes in the center for “fruited plains”
(Bates was describing a fertile Colorado valley of apple and cherry orchards)
5. Two navy blue triangles on the left and right edge for “sea to shining sea” (the Pacific and Atlantic Oceans)
6. One additional element is the circle of 13 stars in the canton (upper left hand corner). This is to symbolize the 13th Amendment to the Constitution, which ended slavery in 1864. This circle of stars is also a reference to Betsy Ross’ iconic US flag of 1777.
I consciously left out any symbolism referencing the 50 states of the United States. I did not want this design to exclude the residents of U.S. Territories (Guam, Puerto Rico, Virgin Islands etc.).”