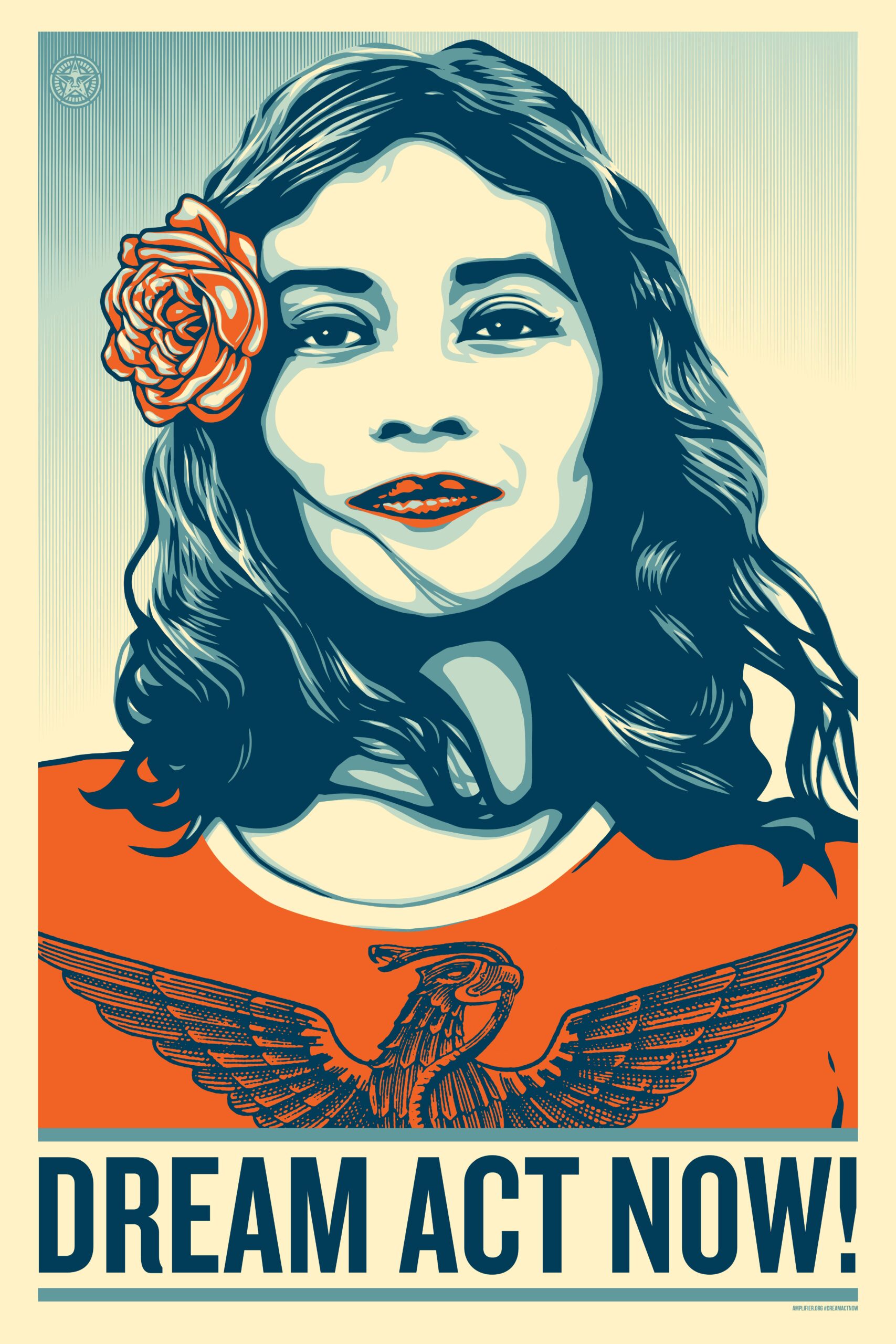 Taking a page from the 2017 We the People campaign, this portrait snapped by Arlene Mejorado and illustrated by Shepard Fairey resurfaced for the first anniversary of the Women’s March. This time, it focused on the push for a clean #DreamActNow after the Trump administration’s decision to rescind DACA in September. In Fairey’s own words, “DREAMERS deserve support and compassion because they were brought to the United States as children and know no other home than the United States. They make a positive contribution to our economy and our society. It is time to give them legal status under the conditions of the #DreamAct and let them live without fear of potential deportation.” With support from the Emerson Collective, Amplifier printed 20,000 double-sided posters and distributed them at seven satellite marches to show that DREAMERs have a right to feel safe in their own homes.