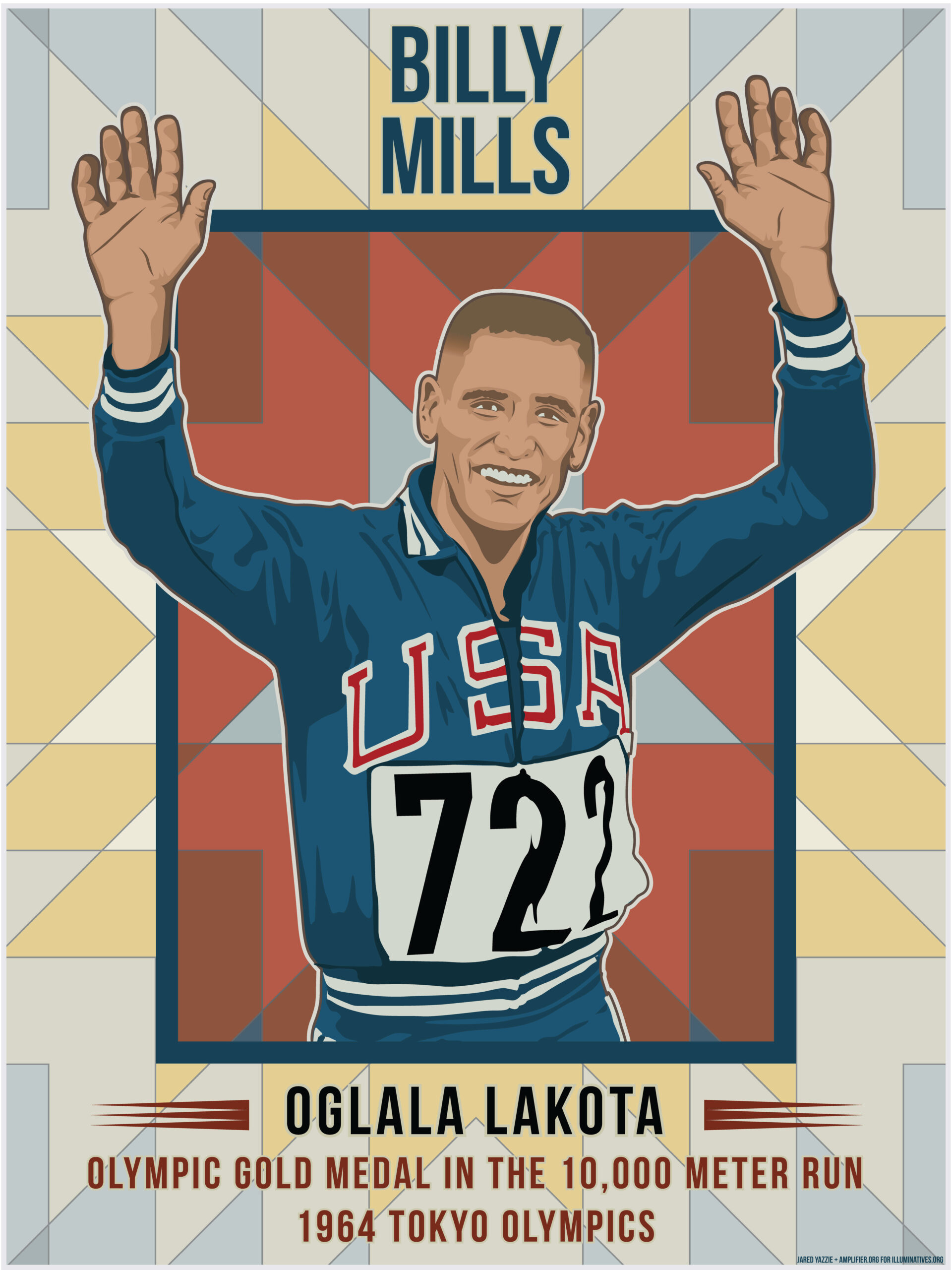 In order to uplift authentic, accurate, and contemporary representations of Native people and their contributions to this country, we are launching a series of artwork in collaboration with IllumiNatives.org highlighting 7 contemporary changemakers including Billy Mills (Oglala Lakota), Olympic Gold Medalist.