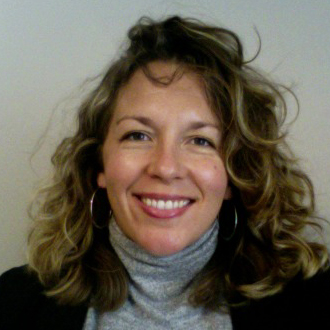 As an Irish/Latina native of the eastside of Los Angeles, Emily is keenly interested in how the stories we tell shape our collective identity. In her 10+ years in the nonprofit sector, she has collaborated with philanthropists, artists, activists,  technologists, journalists, and scholars to launch large-scale media, art, theatre, dance, and film projects that expand our notion of public life. To date, Emily has secured millions in funding from over 100 grantors spanning from the Knight Foundation and the Hewlett Foundation to the U.S. Department of State. Emily has served as a grants panelist for the National Endowment for the Arts, and served as a Cultural Studies Program professor at Occidental College.

In her role at Amplifier, Emily leads strategy and operations, and also helps inform the Education Amplifier program, which reaches 1 million K-12 students nationwide. Prior to Amplifier, Emily ran the boutique consulting firm Girasol Consulting for seven years. She holds a master’s degree in Journalism from Georgetown University and an undergraduate degree in Modern Literature from UC Santa Cruz. In her free time, Emily enjoys contemporary dance, creative writing, vegan nachos, and adventures in revolutionary motherhood!