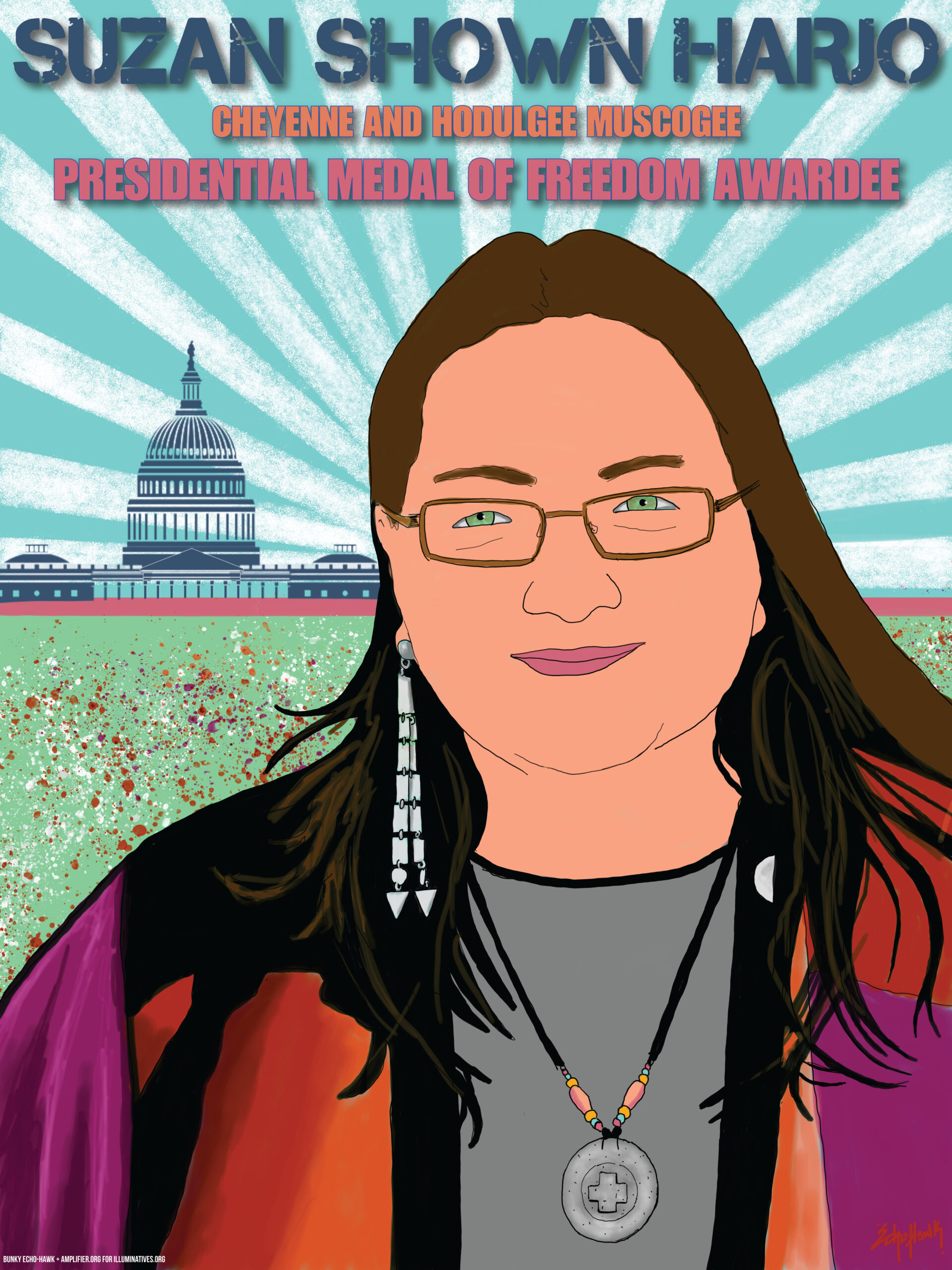 Despite Indigenous people’s resilience, a large number of Americans know little to nothing about Native Americans, some even believe that Native people no longer exist. This lack of knowledge and information means that Native people are being erased from modern society and are being made invisible. Invisibility kills. Invisibility leads to dehumanization, creates bias and discrimination against Native peoples, and keeps Native people from having a seat at the table in the important issues facing our country. It is crucial that Native communities and our allies fight for authentic, accurate, and contemporary representations of Native Americans.  To uplift authentic, accurate, and contemporary representations of Native people and their contributions to this country, we are launching a series of artwork in collaboration with IllumiNatives.org highlighting 7 contemporary changemakers including Suzan Shown Harjo (Cheyenne & Hodulgee Muscogee), a Native rights advocate, poet, writer and curator and Presidential Medal of Freedom winner.